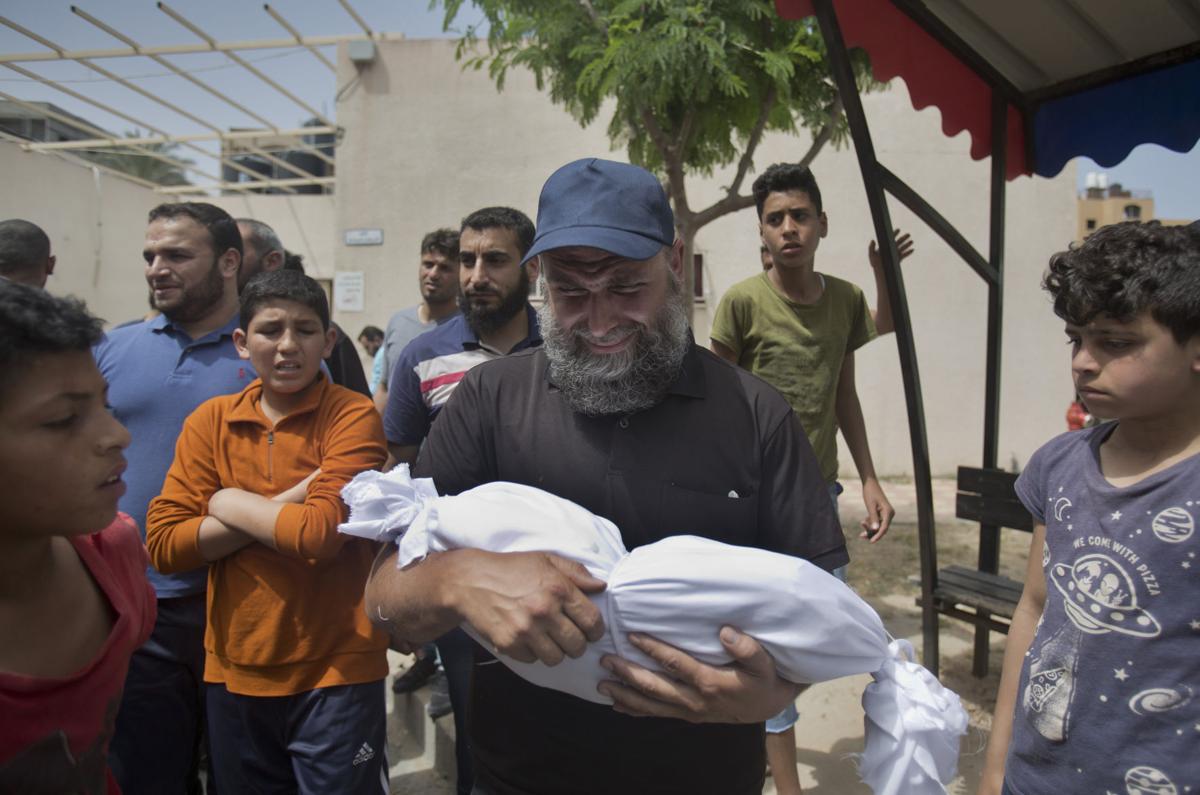 Photo: A man cries as he carries the body of a four-month-old Palestinian girl Maria Al-Ghazali, who was killed along with her parents in a late Sunday night Israeli missile strike on their family home, during her funeral in town of Beit Lahiya, northern Gaza Strip, Monday, May. 6, 2019.

Dubai, May 7 : Qatar says it will send $480 million to Palestinians in the West Bank and the Gaza Strip after a cease-fire deal ended the deadliest fighting between Israel and Palestinian factions since a 2014 war between the two sides.

A statement from Qatar’s Foreign Ministry on Tuesday morning said $300 million would support health and education programs of the Palestinian Authority, while $180 million would go toward “urgent humanitarian relief” in U.N. programs and toward electricity.

The recent two-day outbreak of violence killed 25 people in Gaza, both militants and civilians, and four civilians in Israel.

Hamas spokesman Hazem Qassem said Egyptian mediators, along with officials from Qatar and the U.N., helped reach the cease-fire deal.

The energy-rich, small nation of Qatar has become a major donor to the Palestinians.