Anti-vaxxers ‘have blood on their hands,’ says UK health secretary 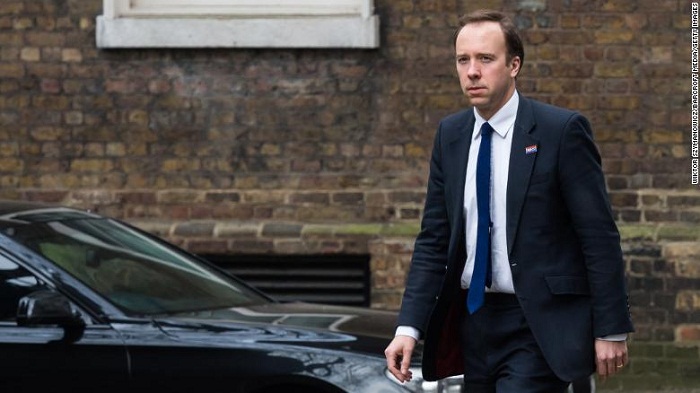 The UK’s health secretary Matt Hancock said anti-vaccination campaigners were “morally reprehensible, deeply irresponsible” and had “blood on their hands,” in an interview with The Times published Saturday.
His comments came days after a study by UNICEF, the United Nations’ children’s agency, found that measles deaths were up globally by 22% in 2017, and complacency and fear of vaccines were among the factors leading to less vaccinations.

Speaking the same day on BBC Radio 4’s Today program, Hancock said the UK needed to “consider all options” to ensure more children were vaccinated, refusing to rule out the possibility of compulsory vaccination.”I don’t want to reach that point and I don’t think we are near there,” he said.

“If you don’t vaccinate your child, it’s not only your child that is at risk. It’s also other children, including other children who, for medical reasons, can’t be vaccinated,” he continued.

Hancock said that anti-vaccination activists were “campaigning against science,” adding, “the science is settled.”

More than 500,000 children in the UK did not receive the first dose of the measles vaccine between 2010 and 2017, according to the UNICEF report.

The World Health Organization said measles had been eliminated in the UK for the first time in 2017.

However, Public Health England reported a “steep rise” in measles cases from January to October 2018, with 913 cases that year compared to 259 in 2017.

Dr. Mary Ramsay, Public Health England’s head of immunization, said the outbreak served as “an important reminder for parents to take up the offer of MMR vaccination for their children.”

Trump threatens to hike tariffs on $200B of Chinese imports