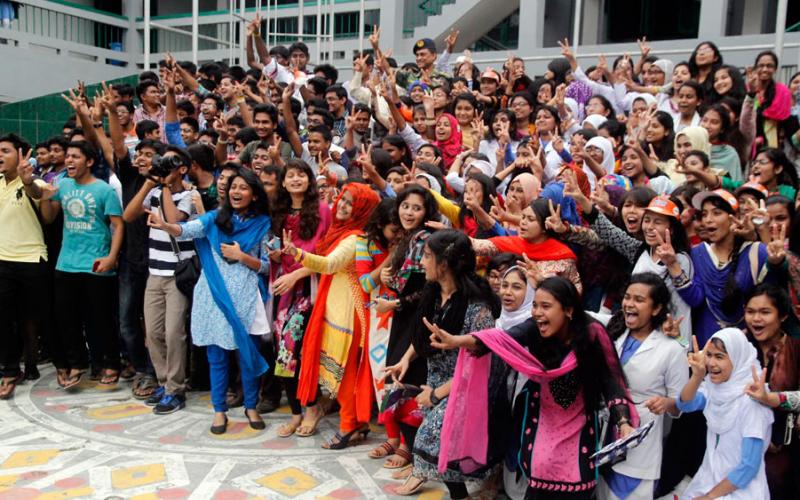 A total of 82.2 percent students passed in this year’s Secondary School Certificate (SSC) and its equivalent examinations, which is 4.43 percentage points higher compared to the previous year.
The number of GPA 5.0 scorers decreased by 5,035 to 105,594 in the same period, according to results announced by education minister Dr Dipu Moni.

The results have been published across Bangladesh on Monday.The chairmen of different boards handed over the results to education minister Dr Dipu Moni around 10:45am at International Mother Language Institution auditorium in the capital.

Later, she announced the results at a media briefing there.

Afterwards, the education minister unveiled the result digitally, which will be available online after 12:00pm.

Usually, the chairmen of 10 education boards along with the education minister hand over the results to Prime Minister Sheikh Hasina every year. But, this year no such ceremony will be held as the premier is staying in London.

Like previous years, the results will be made available at schools and on the websites of education boards. Students will also be able to receive the results through SMS.

People have confidence in AL: Hanif