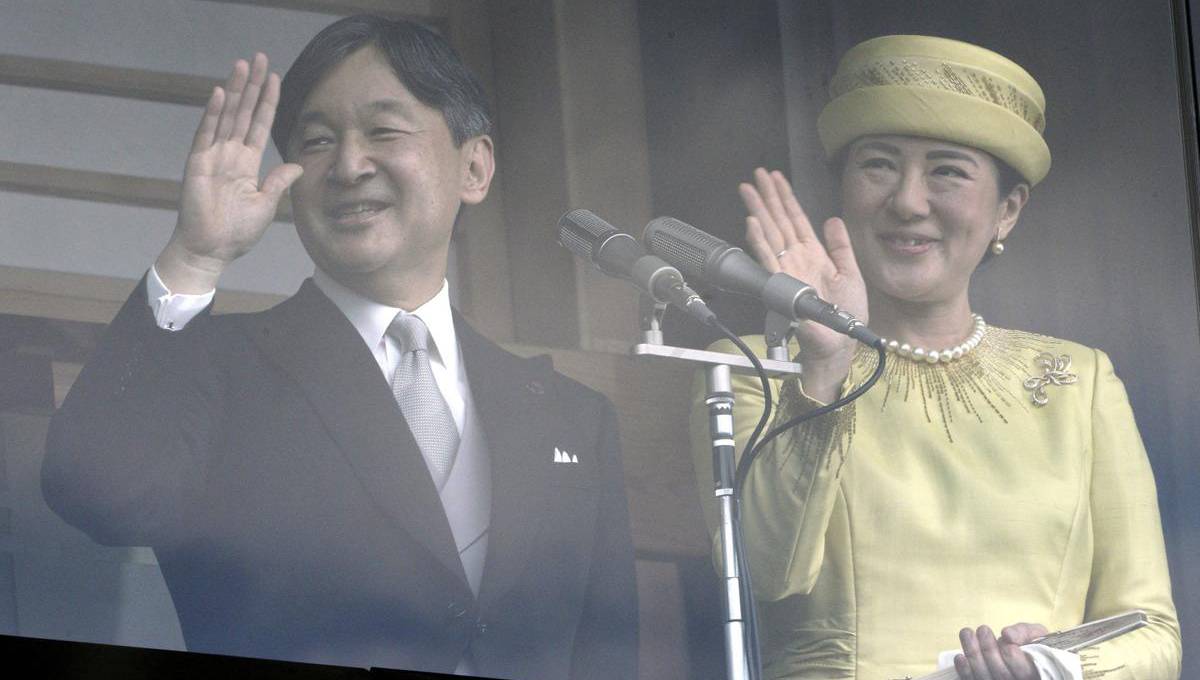 Photo: Japan’s new Emperor Naruhito, left, waves with Empress Masako, right, to well-wishers from the balcony during his first public appearance with his imperial families at Imperial Palace Saturday, May 4, 2019, in Tokyo.

Tokyo, May 4 : Japan’s Emperor Naruhito has greeted the public for the first time since his succession, expressing hope for Japan to keep pursuing peace.

Naruhito ascended the Chrysanthemum Throne on Wednesday, a day after his 85-year-old father, Akihito, abdicated.

From a balcony overlooking the palace ground, Naruhito on Saturday thanked thousands of well-wishers for congratulating him.

He wished for the people’s happiness and Japan’s development while seeking peace by joining hands with the rest of the world.

The 59-year-old new emperor is a historian who studied at Oxford. He is the first emperor born after the World War II and one who has studied overseas.

He has pledged to follow his father’s pacifist principles.

Emperors under Japan’s postwar constitution are given only a symbolic status without political power.

‘Miracle’: Plane crashes into Florida river, but no deaths