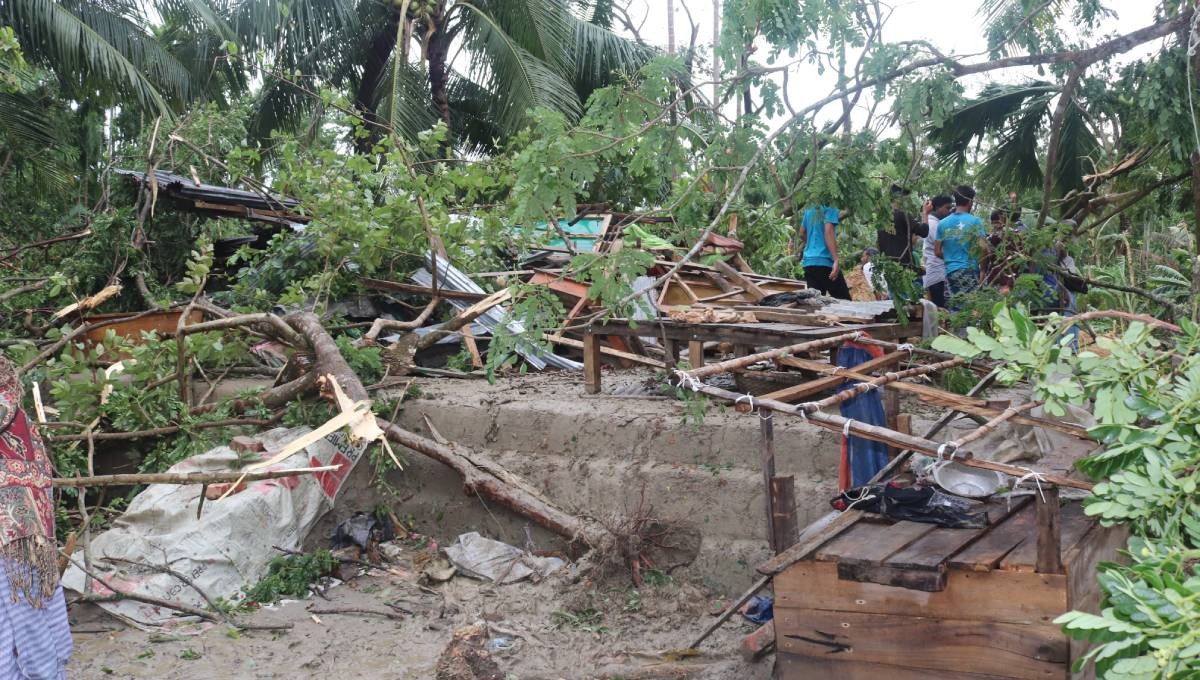 Dhaka, May 4 : The maritime ports of Chattogram, Cox’s Bazar, Mongla and Payra have been advised to lower danger signal as the cyclonic storm “Fani” has weakened into a land deep depression, said a met office bulletin.

It was lying over Pabna-Tangail-Mymensingh region and adjoining areas at 12 noon Saturday, it said.

It is likely to move in a North-Northeasterly direction further.

Under its influence, the sky remains overcast and rain/thunder showers with gusty/squally wind is continuing at many places over the country.

Under the influence of the land deep depression gusty/squally wind with the speed of about 50-60 kph is likely at many places over the country and about 40-50 kph is likely over the North Bay.

The maritime ports of Mongla and Payra have been advised to hoist local cautionary signal number three lowering signal No 7.

Under the influence of the land deep depression and the new moon phase, the low-lying areas of the coastal districts of Chattogram, Noakhali, Laxmipur, Feni, Hatiya, Sandwip, Chandpur, Barguna, Bhola, Patuakhali, Barishal, Pirojpur, Jhalakathi, Bagherhat, khulna, Satkhira and their offshore islands and chars are likely to be inundated by wind driven surge of 2-4 feet height above normal astronomical tide.

All the fishing boats and trawlers over North Bay and deep sea have been advised to remain in shelter till further notice.