It was 410km southwest of Mongla port at 6pm 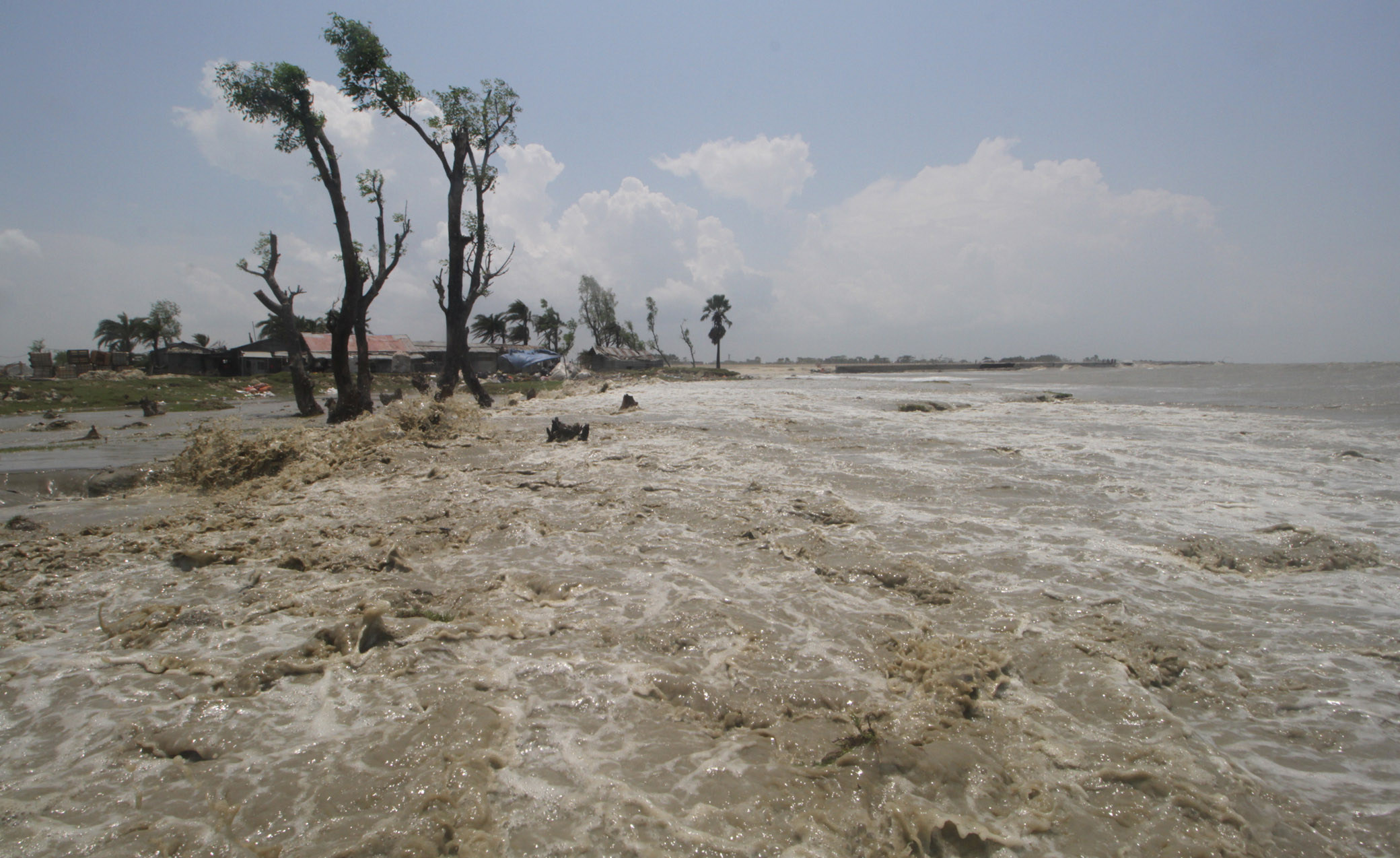 Dhaka, May 3 : Very severe cyclonic storm Fani has weakened into a severe cyclonic one and it is likely to reach Khulna and southwestern part of Bangladesh between midnight and Saturday morning.

Maximum sustained wind speed within 64 kms of the storm centre is about 100kph, rising to 120kph in gusts/squalls. Sea will remain high.

The danger level remains 7 for the maritime ports of Mongla and Payra and the coastal districts of Bhola, Barguna, Patuakhali, Barishal, Pirojpur, Jhalakati, Bagerhat, Khulna and Satkhira and offshore islands and chars.

Chattogram port has been advised to keep hoisted danger signal No 6. The same warning level has been announced for Chattogram, Noakhali, Laxmipur, Feni and Chandpur and their offshore islands and chars.

Under the influence of the severe cyclonic storm and the new moon phase, the low-lying areas of the coastal districts of Chattogram, Noakhali, Laxmipur, Feni, Chandpur, Barguna, Bhola, Patuakhali, Barishal, Pirojpur, Jhalakati, Bagerhat, Khulna, Satkhira and their offshore islands and chars are likely to be inundated by storm surge of 2-4 feet height above normal astronomical tide.
Where is cyclone ‘Fani’ right now?

Bangladesh has been feeling the peripheral effect of ‘Fani’ since morning. A number of villages and shoals in coastal districts have already been inundated.

Under its influence, sky remains overcast and rainfall is taking place at many places over the country.

All fishing boats and trawlers over the North Bay and deep sea have been advised to remain in shelter till further notice.

Meanwhile, State Minister for Disaster Management and Relief Dr Enamur Rahman has said 1,240,795 people have been evacuated to cyclone centres in coastal districts till Friday evening.

As many as 4,071 cyclone centres have been opened in 19 coastal districts while directives have been issued to use schools and colleges as shelter centres.

The state minister said the district administrations have been directed to take necessary measures to minimise the extent of damage by the severe cyclone.

The Navy has deployed 32 ships in Chattogram, Khulna and Mongla for emergency rescue operations and relief work. Naval contingents are on standby for immediate deployment in coastal areas, ISPR said in a press release.

‘British Isis bride Shamima could be hanged in Bangladesh’