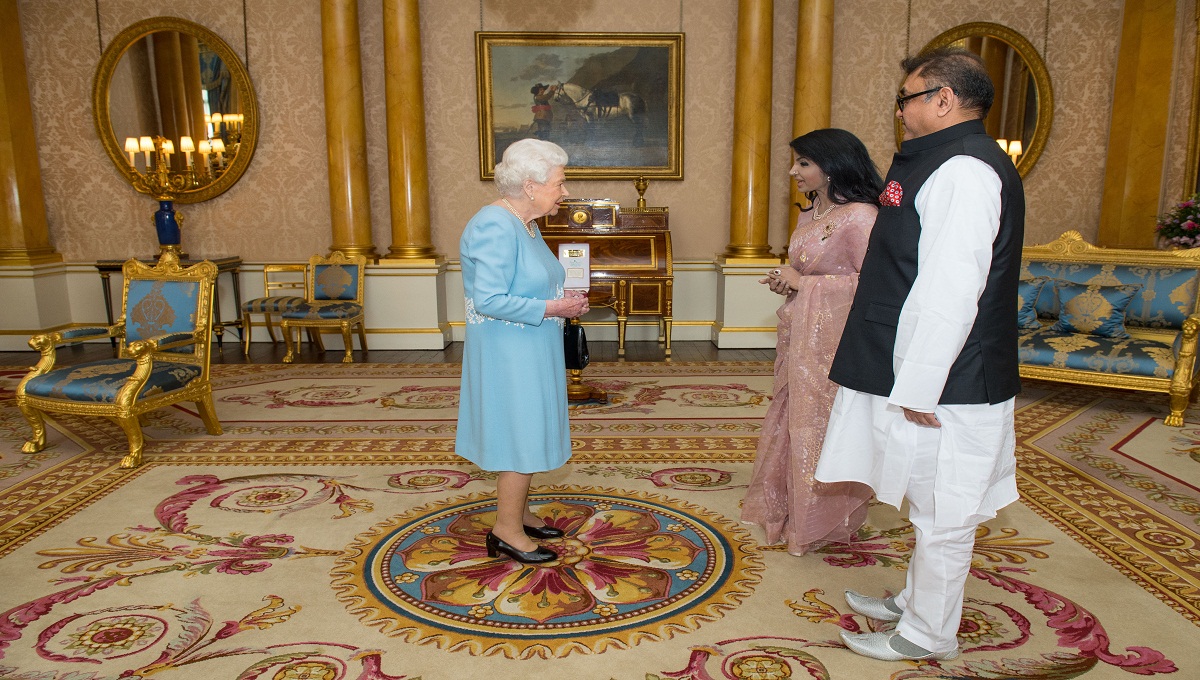 London, May 4 : Bangladesh High Commissioner to the United Kingdom Saida Muna Tasneem has presented her credentials to Queen Elizabeth II at the Buckingham Palace recently.

Thousands of tourists greeted the High Commissioner outside the Palace and throughout the horse carriage route took photographs.

The High Commissioner then formally presented the Letters of her Credence and the Letter of Recall of her predecessor to the Queen.

She conveyed the warm greetings of President Md Abdul Hamid and Prime Minister Sheikh Hasina to the Queen and wished her good health, long life and prosperity of the friendly people of the UK.

Reminiscing the visits of the Queen to Dhaka in 1961 and to independent Bangladesh in 1983, the High Commissioner reaffirmed the high esteem and admiration which the people of Bangladesh still hold in their hearts for the Queen and praised her six decades of leadership as the Head of the 53-nation Commonwealth.

She also recalled the support of the government and the people of the UK during the War of Liberation in 1971 and the warm reception of Father of the Nation Bangabandhu Sheikh Mujibur Rahman in London by the then British Prime Minister and the people on January 8, 1972 on his way back to Bangladesh.

Tasneem also requested for including two forests of Bangladesh, including one in Sylhet, in the “Queen’s Commonwealth Canopy”, an initiative that began in 2015 as a network of forest conservation programmes throughout the Commonwealth of Nations.

The High Commissioner gave her a brief account of development in different sectors, including education, healthcare, and women empowerment, in Bangladesh in recent years under the leadership of Prime Minister Sheikh Hasina.

The Queen welcomed the High Commissioner to the UK and praised Bangladesh’s socio-economic development, especially the women empowerment.

On the occasion, the High Commissioner introduced her officers to the Queen who accompanied her to the Palace.

Assistant Marshal of the Diplomatic Corps Abigail Boyle in two Royal Carriages also escorted the High Commissioner, her spouse and the accompanying officers during their return from the Palace to a post-Credential reception at the St James’ Court.

She has also been appointed as Bangladesh’s Permanent Representative to the IMO.

Prior to this, Tasneem was the Bangladesh Ambassador to Thailand and Cambodia and Bangladesh’s Permanent Representative to the UNESCAP from 2014-2018.