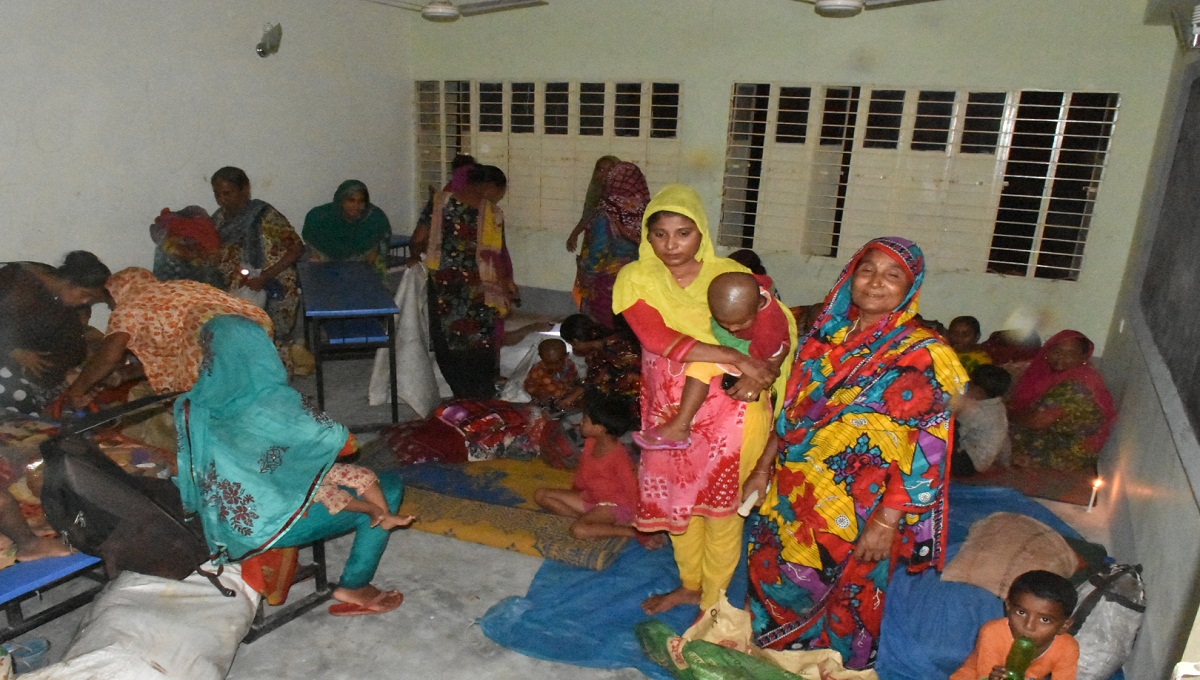 Photo: Peaple have taken shelter in school and colleges due to cyclonic ‘Fani’ .

Dhaka, May 3 : State Minister for Disaster Management and Relief Dr Enamur Rahman has said 1,240,795 people have been evacuated to cyclone centres in coastal districts till Friday evening as very severe cyclonic storm ‘Fani’ weakened and is likely to reach Bangladesh on Saturday.

As many as 4,071 cyclone centres have been opened in 19 coastal districts while directives have been issued to use schools and colleges as shelter centres.

The state minister said the district administrations have been directed to take necessary measures to minimise the extent of damage by the severe cyclone.

It was about 410 km southwest of Mongla port and 475 km southwest of Payra port at 6pm. The danger level remains 7 for the ports and the coastal districts of Bhola, Barguna, Patuakhali, Barishal, Pirojpur, Jhalakati, Bagerhat, Khulna and Satkhira.