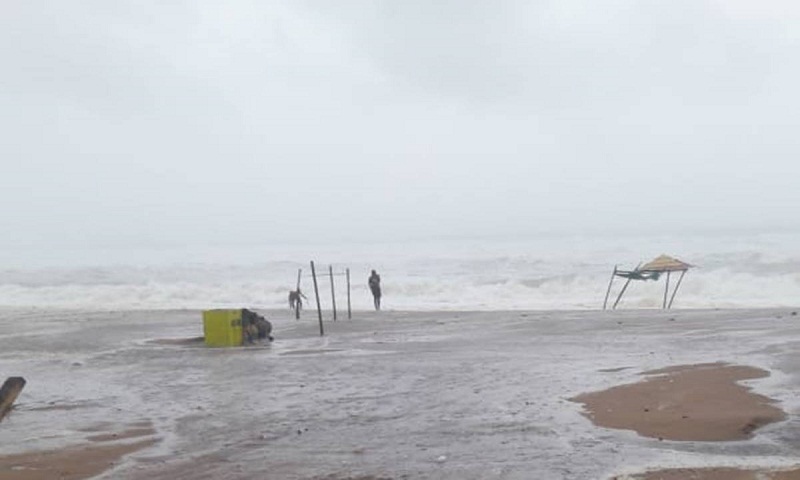 Three people died in the cyclonic storm Fani (pronounced Foni) as it weakened from an ‘extremely severe’ to ‘very severe’ cyclonic storm, and is predicted to further weaken to a ‘severe storm’ in the next six hours.
The storm made landfall in Odisha this morning, which is on high alert with teams of the Army, Navy, Coast Guard and National Disaster Relief Force (NDRF) on standby for rescue and relief operations. Cyclone Fani has battered the coast of Odisha, uprooting trees and damaging buildings. Over one million people have been evacuated from coastal regions to shelters, reports The Indian Express.The ‘extremely severe’ cyclonic storm which emerged from the Bay of Bengal is the worst to hit India since 2014. It is also likely to have an impact on Andhra Pradesh, West Bengal, Tamil Nadu, parts of the northeast and Bangladesh.