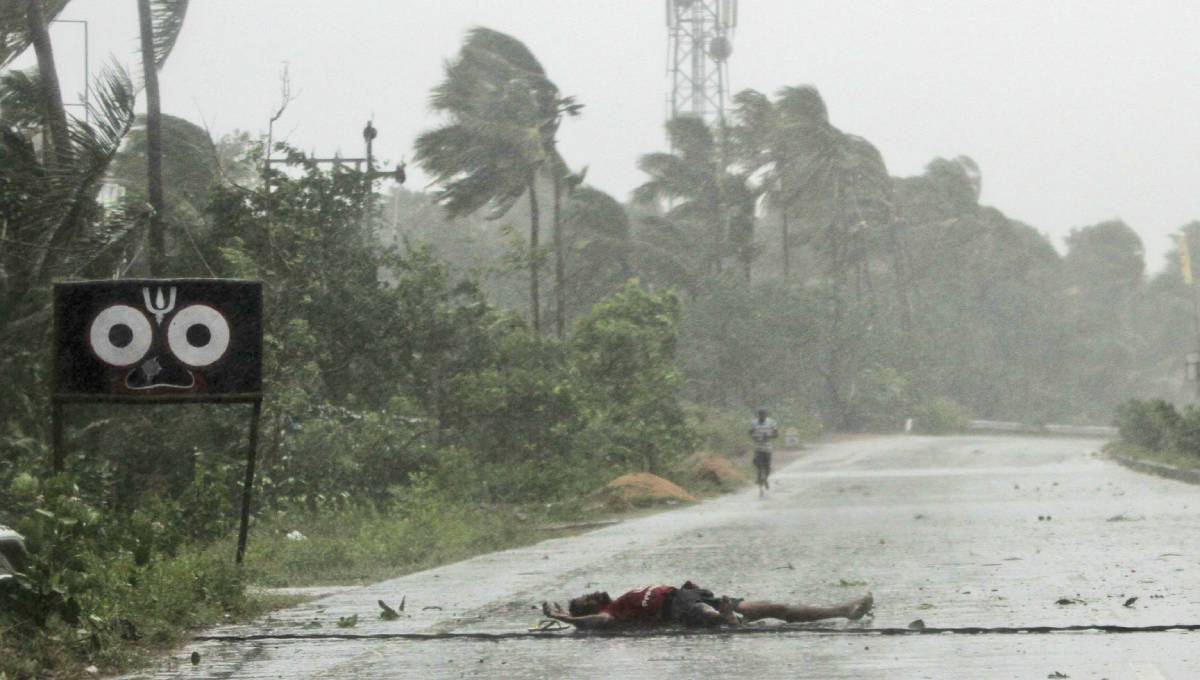 Photo: An Indian farmer lies on the road after falling while crossing the road due to gusty winds ahead of the landfall of cyclone Fani on the outskirts of Puri, in the Indian state of Odisha, Friday, May 3, 2019. Indian authorities have evacuated hundreds of thousands of people along the country’s eastern coast ahead of a cyclone moving through the Bay of Bengal. Meteorologists say Cyclone Fani was expected to make landfall on Friday with gale-force winds of up to 200 kilometers (124 miles) per hour likely starting Thursday night. It warned of “extremely heavy falls” over parts of the state of Odisha and its southern neighbor Andhra Pradesh.

Odisha, May 3 : Cyclone Fani, the strongest storm in India in two decades, hit Odisha this morning and has started making its impact felt. Large areas in the temple town of Puri and other places were submerged as heavy rain battered the coast, according to officials, reports NDTV.

Strong winds were seen in parts of coastal Andhra Pradesh and West Bengal as well. The impact of the landfall is likely to continue till around 11 am and after that, the cyclone is expected to move north-westwards and gradually weaken as it reaches Bengal by early tomorrow morning. The Odisha government has evacuated over 11 lakh people from the coastal areas to camps on higher grounds. The Army, Navy, Air Force, Coast Guard and disaster management agencies are on stand-by. Prime Minister Narendra Modi, on Thursday, reviewed preparedness for Cyclone Fani with his senior-most officials.

Trump defends clinicians’ right to refuse to do abortions