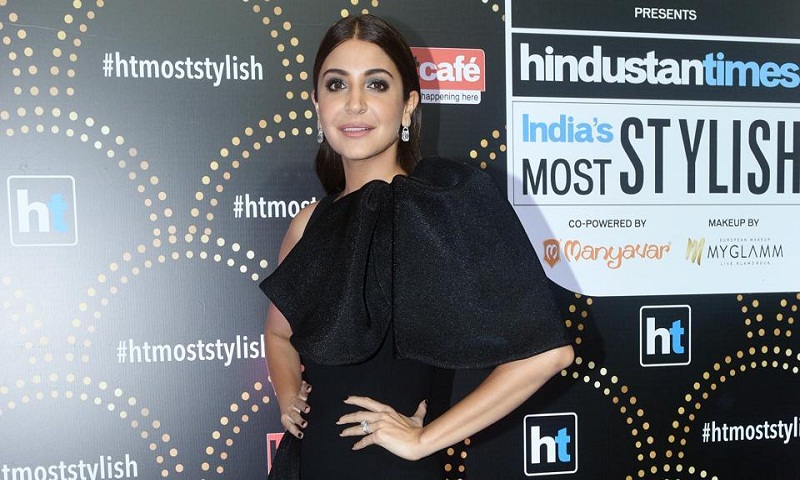 Anushka Sharma has quite a few firsts to her name . As the the actor turns 31, she has already cemented her place in front of the camera as well as a producer. One of the very few actors to have worked with all the three Khans and practically all the top stars in the industry today — including Ranveer Singh, Ranbir Kapoor, Akshay Kumar and Varun Dhawan — Anushka has been part of some of the highest Bollywood grossers like PK, Sultan and Sanju. The actor has featured in 19 films in a decade-long career and has successfully ticked almost all the boxes an actor can have in her bucket list.
From making her film debut opposite Shah Rukh Khan in Rab Ne Bana Di Jodi to tying the knot with one of the most popular Indian cricketers Virat Kohli, Anushka has come a long way. Here are some of the firsts the actor can proudly take credit for:

Experimentation with her looksAnushka has never been afraid of experimenting with her looks and even sported a bald look in Ae Dil Hai Mushkil climax. She had also chopped her tresses to play a TV reporter in PK and again sported a new hairdo – short curls and blue eyes to play a writer in Sanju. She was recently seen as a pallu-clad lower middle-class housewife in Sui Dhaaga.

Anushka has delivered some very different performances in her career. The actor played a wrestler in Salman Khan starrer Sultan, which went on to become one of the highest Bollywood grossers. This was just the beginning as Anushka went on to play a ghost in her debut production Phillauri and a possessed woman in Pari. Her last film Zero saw her as a wheelchair-bound scientist with cerebral palsy. Her role in Sui Dhaaga also deserves a mention. She played a sweet and confident young businesswoman, struggling to make ends meet.

Anushka was one of the first female A-listers from the present generation to venture into production in 2015. The actor made a remarkable debut in the world of filmmaking with NH 10 in which she played a city girl who beats all odds to survive a frightful night. The film was a hit with collections of Rs 32 crore at the domestic box office. She followed it up with Phillauri in 2017 and Pari in 2018. Both the films collected around Rs 27 crores each and were average commercial successes. She is now set to enter the online medium by producing a cop-drama series for Amazon Prime and a period drama titled Bulbul for Netflix.

Memes have informally become the yardstick of the film/trailer/song’s reach on social media and Anushka was among the first to understand that. After her famous Phillauri memes used as a promotional strategy, she has often found herself on viral memes. Her famous crying scene from Sui Dhaaga turned into a meme soon after the release of the film’s trailer but the actor made sure to use it to her advantage. She recently inspired memes again after her appearance in a black gown at the HT India’s Most Stylish Awards.A private fairytale wedding that set an example

Anushka Sharma gave the world a pleasant surprise by tying the knot with Virat Kohli in a private ceremony in Tuscany, Italy on December 11, 2017. Pictures from their destination wedding broke the internet for the wedding was as unexpected as it was epic. The couple, in a way, set a sort of template for star wedding. Anushka and Virat’s nuptials were followed by a series of high-profile weddings — Sonam Kapoor-Anand Ahuja, Deepika Padukone-Ranveer Singh and Priyanka Chopra-Nick Jonas.

While Sonam chose to marry Anand Ahuja in an elaborate affair in Mumbai, Deepika and Ranveer tied the knot in Italy in a highly guarded twin ceremonies as per Sindhi and Hindu rituals. Priyanka, too, kept her wedding extremely private with no leaked pics as she married American singer Nick Jonas in an extravagant fairytale wedding in Udaipur including a Christian and a Hindu ceremony.