Padma Bridge to get 12th span on May 3 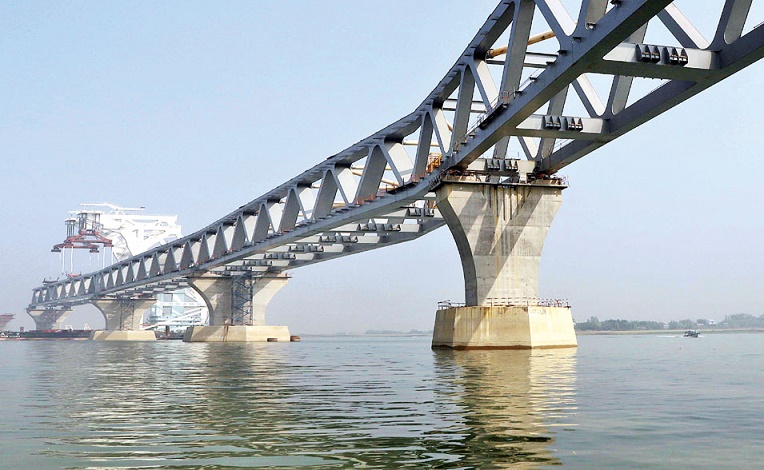 The 12th span (superstructure) of the 6.15-km Padma Bridge will be installed on 20th and 21st pillars in the middle of the river on May 3, making 1800 metres of the much-hyped bridge visible.
The span—150 metres long and weighing about 3,140 tons—will be transported from the Mawa construction yard, Munshiganj to the spot on Thursday, by the Tiyan E crane that can bear up to 3,600 tons, a high official of the project siad.

A total of 41 spans will be installed on 42 concrete pillars to complete the bridge.  The overall progress of Padma Bridge reached over 63 percent while over 73 percent work of the main bridge has been done so far.According to experts, the national economy is expected to witness 1.2 percent GDP growth rate, while 0.84 percent poverty will be reduced every year after completion of the bridge to be built with an estimated cost of Tk 30,193.39 crore.

The first span of the Padma Bridge was installed on September 30, 2017.

On March 22, ninth span was installed on the pillars no 34 and 35 while the 10th span of the giant Bridge was installed at its Mawa point on April 14.

The 11th span was installed on 33rd and 34th pillars at Zajira point of Shariatpur district on April 23, making 1650 metres of the much-hyped bridge visible.