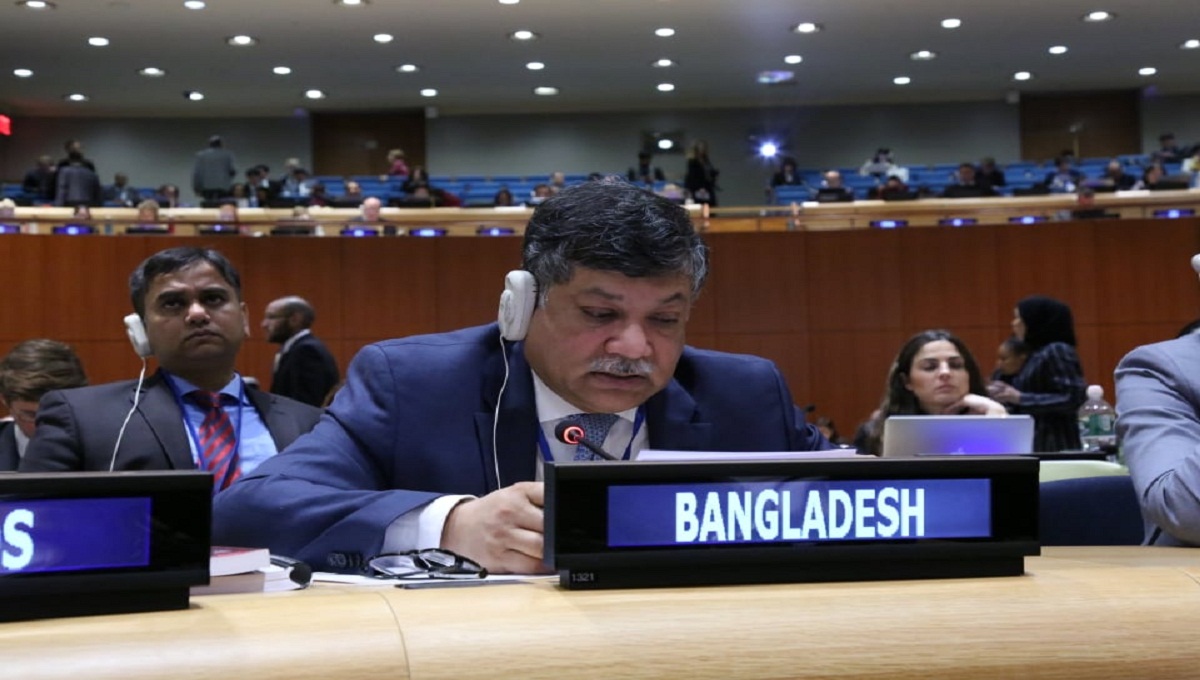 Dhaka, May 1 : Permanent Representative (PR) of Bangladesh to the UN Ambassador Masud Bin Momen has said nuclear energy can play an instrumental role in achieving the Sustainable Development Goals.

“We can use the potentials of nuclear energy to bring tremendous benefits to the humankind such as meeting the energy needs, medicinal science, research, water management and food security etc. So, nuclear energy can play an instrumental role in achieving the Sustainable Development Goals.”

Momen said this at the 3rd session of the Preparatory Committee meeting for the 2020 Review Conference of the Parties to the Treaty on the Non-Proliferation of Nuclear Weapon (NPT) at the UNHQs on Tuesday, said a press lease on Wednesday.

. In this context Ambassador Masud also said that Bangladesh has already started Construction of its first nuclear power plant to solve the growing energy needs of Bangladesh.

Mentioning Bangladesh’s continued commitment under the guidance of Prime Minister Sheikh Hasina to the full implementation of the NPT, he said, “This commitment emanates from our constitutional obligation and the vision of our Father of the Nation Bangabandhu Sheikh Mujibur Rahman to work towards ‘relaxation of tension, limitation of armaments and the promotion of peaceful coexistence in every part of the world.”

He recalled that Bangladesh had signed all the major multilateral disarmament treaties including the Treaty on Prohibition of Nuclear Weapons, the Chemical Weapon Convention, the Biological Weapons Convention, the Comprehensive Test Ban Treaty, and the Arms Trade Treaty.

Ambassador Momen raised his concern about the threats of nuclear weapons and fissile materials falling in wrong hands. He urged the nuclear weapon states to fulfill, in good faith, their obligations under Article VI of the NPT, and fulfill their commitments surrounding the 2000 and 2010 outcomes of the NPT Review Conferences.