Historic May Day being observed 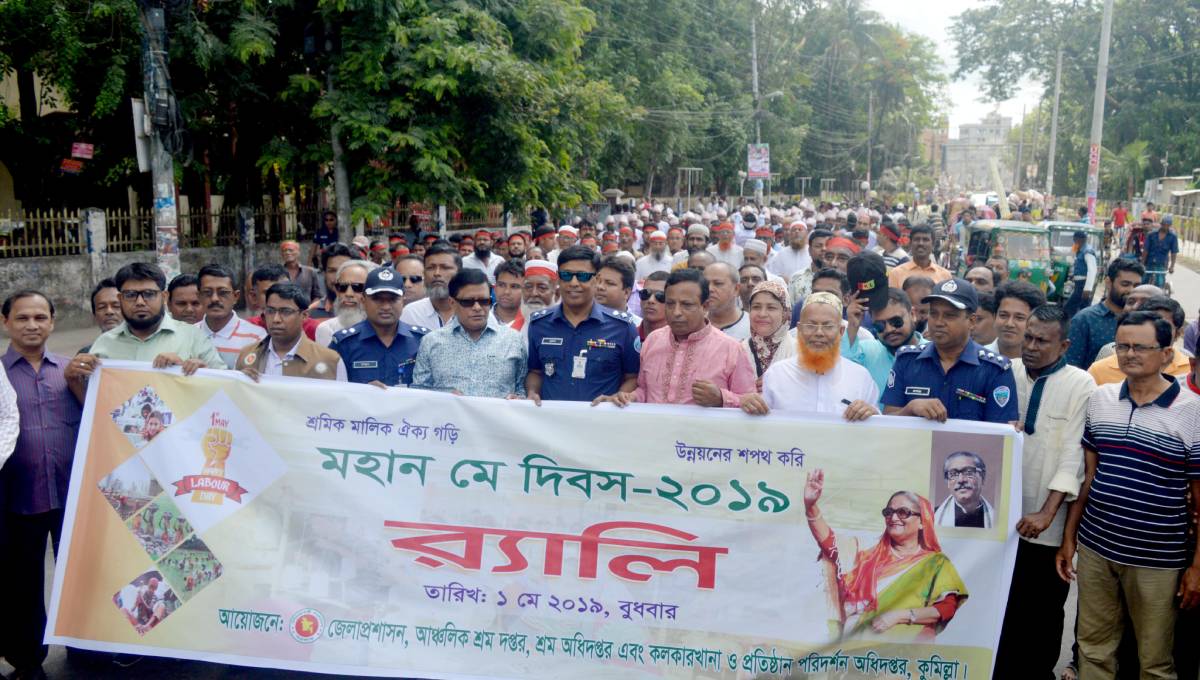 Dhaka, May 1 : The historic May Day is being observed in the country as elsewhere across the globe on Wednesday with a pledge to establish the rights of workers.

May Day, also known as the International Workers’ Solidarity Day, commemorates the historic uprising of working people in Chicago, USA at the height of a prolonged fight for an eight-hour workday.

The day is a public holiday.

On May 1, 1886, 10 workers were killed when police opened fire on a demonstration in the US city of Chicago near Hay Market demanding an eight-hour working day instead of a 12-hour shift. On the height of agitation, the authorities had to accept the workers’ demand and the eight-hour day has been introduced universally.

The government, different trade unions and workers’ organisations are observing the day with elaborate programmes, including discussions, rallies and processions.

The Labour and Employment Ministry brought out a rally in the city in the morning.

It will organise a discussion at Bangabandhu International Conference Centre at 4pm on the occasion.

Newspapers published supplements while radio and television channels are airing special programmes highlighting the significance of the day.

In his message, the President urged all the working-class people to work unitedly to materialise the dream of Father of the Nation Bangabandhu Sheikh Mujibur Rahman.

In her massage, the Prime Minister hoped that both workers and owners will dedicate them to boosting the production maintaining a good relation among them.