Will play final against Laos on Friday 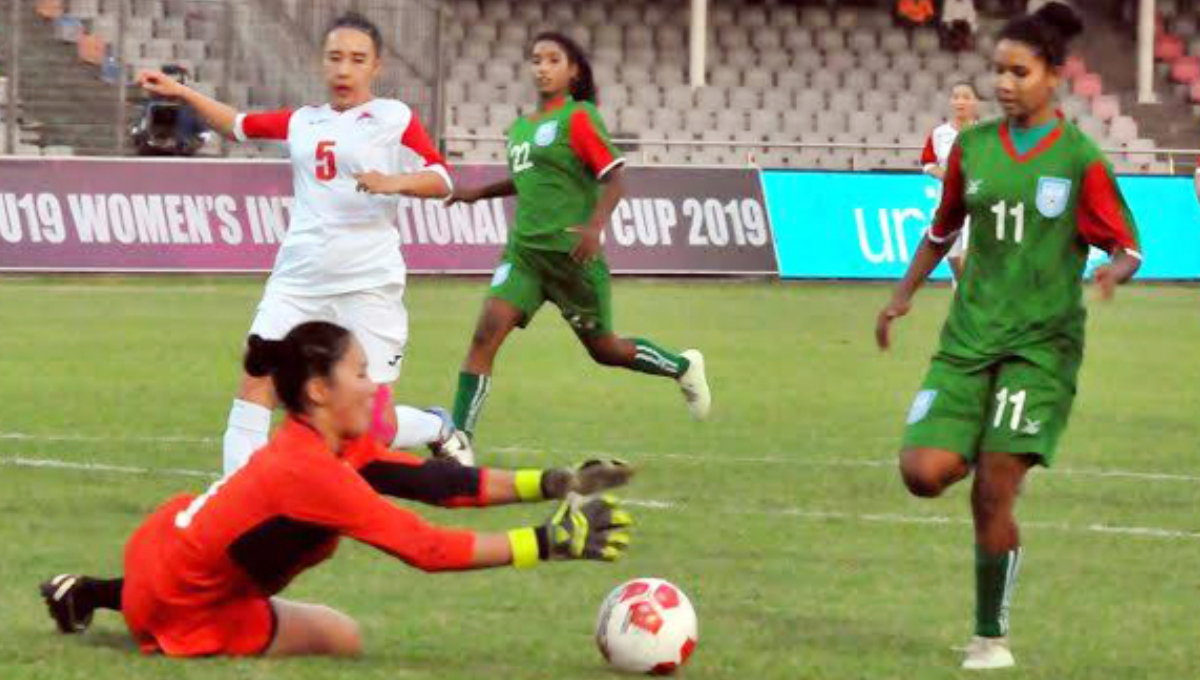 Dhaka, Apr 30 : Hosts Bangladesh reached the final of the Bangamata U-19 Women’s International Gold Cup Football Tournament in style with all-win record eliminating Mongolia by 3-0 goals in the second semifinal at the floodlit Bangabandhu National Stadium here on Tuesday.

Bangladesh will play the final against high-flying Laos on Friday (May 3) at 6pm at the same venue.

Like their previous matches, Bangladesh started an attacking football from the beginning of the game, but failed to score spoiling some close chances.

Hosts Bangladesh finally succeeded to score in the stoppage time of the first half when midfielder Monika Chakma opened the account utilising a well-placed header of forward Sajeda Khatun (1-0).

After the half time, Medio Marzia doubled the Bangladesh margin in the 69th by a cool placing shot off a Monika Chakma pass (2-0).

In the 85th minute, forward Tahura Khatun sealed the fate of the match scoring the 3rd goal, capitalizing on a pass from Shamsunnahar (3-0).

Tahura joined the team after the half time replacing another forward Sajeda Khatun.

On the other hand, Mongolia took the first replacement in the 75th minute. Defender Nomin-Erdene Sukhbaatar replaced midfielder Uuriintuya Ichinkhorol.

Earlier, Laos reached the final humiliating Kyrgyzstan by 7-1 goals in a one-sided first semifinal at the same venue on Monday.

Bangladesh confirmed their semifinal spot as Group B champions with all-win run defeating the UAE by 2-0 goals in the opening match on April 22 and Kyrgyzstan by 2-1 goals on April 26.

Mongolia got off to a flying start with an emphatic 3-0 win against Tajikistan, but  were humiliated by 0-5 goals defeat against Laos on April 25 in their 2nd Group A match.

Historic May Day being observed