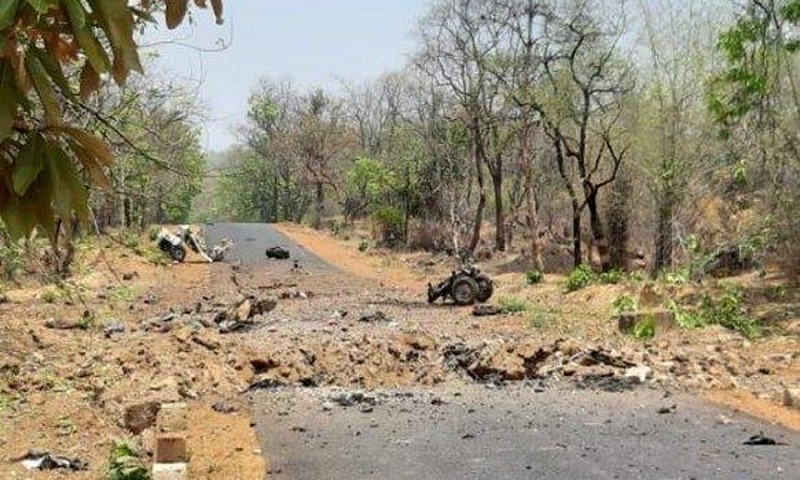 At least 16 jawans of C-60, an anti-Maoist squad of Gadchiroli police, were killed in a powerful landmine blast on Wednesday Dadapur Road in Gadchiroli district of Maharashtra.
The explosion occurred this afternoon when the jawans were out on an operation in the area. Just when the two vehicles of the security forces were passing through the Dadapur Road towards Korchi, located nearly 250 km from Nagpur, the Maoists triggered the blast.Many jawans were injured in the incident. The improvised explosive device (IED) blast is believed to be a retaliation by the Maoists after 40 extremists were gunned down by security forces on April 22 last year near Bhamragarh in the district.

Officials said reinforcements have been rushed to the spot and the injured have been shifted to a civil hospital in Gadchiroli.

The incidents took place on a day the state is celebrating its foundation day, Maharashtra Day. The Maoists were in the final stages of observing a week-long protest to mark the first anniversary of 40 of their men who were gunned down by security forces on April 22, 2018.

The targeted vehicles were engaged in construction works for the Purada-Yerkad sector of National Highway 136 near Dadapur village.

Last month, a BJP legislator and four others were killed when Maoists attacked their convoy in Chhattisgarh’s Bastar. The incident happened on April 9, just two days before the region votes in the first phase of the 2019 general election, reports HT.