Play with confidence: PM to Tigers

Bangladesh will surely win the World Cup someday, she says 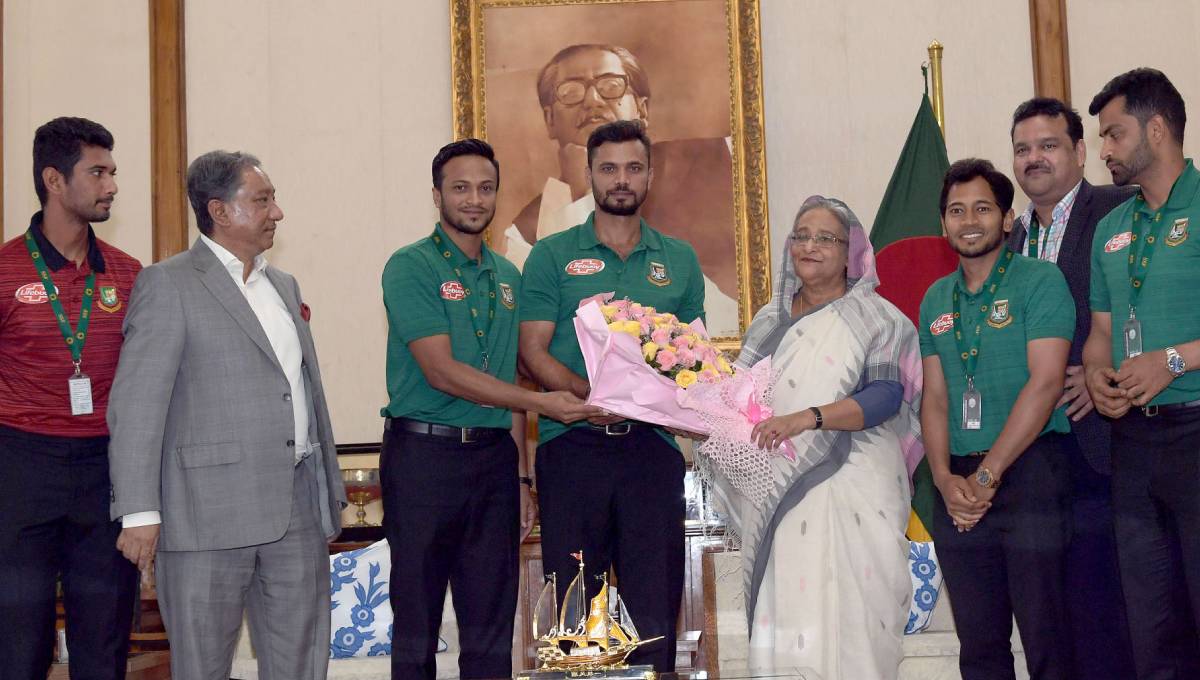 “Take no pressure and play your games with confidence,” she said when the national team, led by Mashrafe Bin Mortaza, called on her at Ganobhaban.

The cricket world cup will kick off in England and Wales on May 30. Tigers will face South Africa in their first match on June 5.

Before that, Bangladesh will play a tri-nation ODI series in Ireland from May 5 with the hosts and West Indies. Tigers will leave Dhaka for Dublin tomorrow.

Prime Minister advised the players not to panic during crisis moments and face the situation with a cool head and use their tactics to overcome hurdles.

She also asked the Tigers to play calculative games and not to be afraid of their opponents.