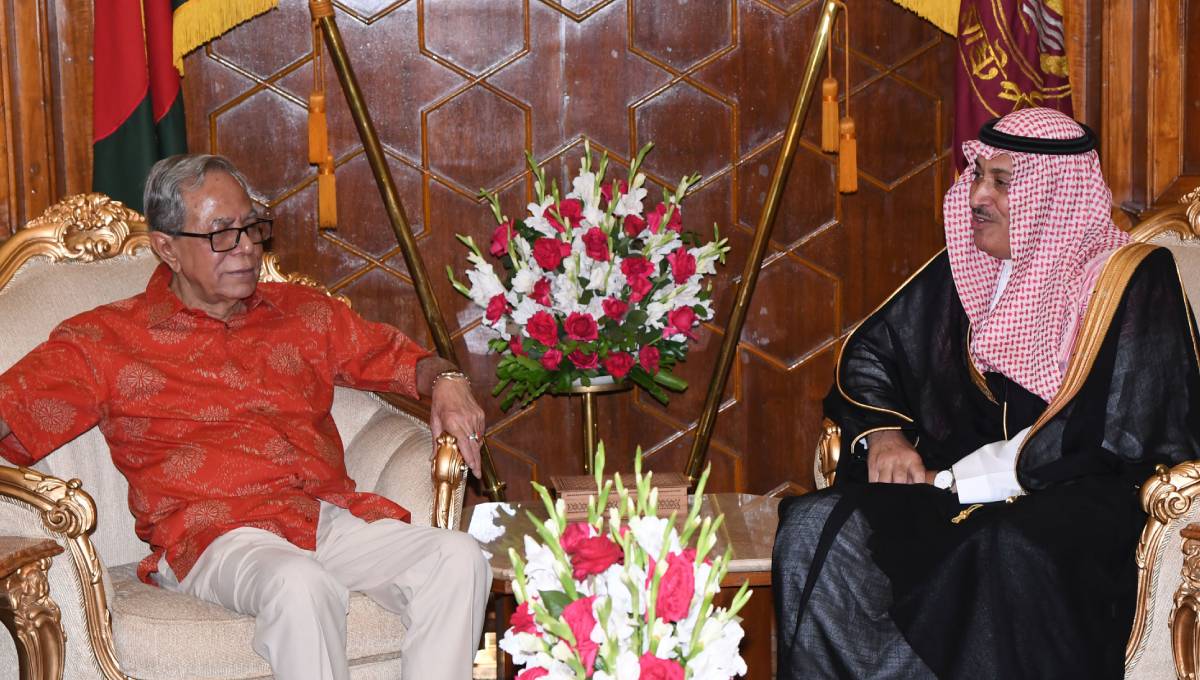 The President congratulated the Saudi ambassador for successfully completing his tenure in Bangladesh.

Terming the Bangladesh-Saudi Arabia relations very excellent and historic, he said the relationship will strengthen in the future.

Mentioning Prime Minister Sheikh Hasina’s recent visit to Saudi Arabia and that of a Saudi high-level delegation to Bangladesh, Abdul Hamid said the potential of trade and investment between the two countries has been increased through the visits.

He conveyed his compliments to Saudi King and Custodian of the Two Holy Mosques Salman bin Abdul Aziz Al Saud.

The Saudi envoy thanked the President for extending cooperation to him during his tenure in Bangladesh.

Expressing satisfaction over the existing bilateral relations between the two countries, he said expatriate Bangladeshis are contributing to the development of the Saudi Arabia.

Secretaries concerned to the President were present during the meeting.

‘It’s all lies’, Fakhrul says about reports on his oath-taking

Play with confidence: PM to Tigers