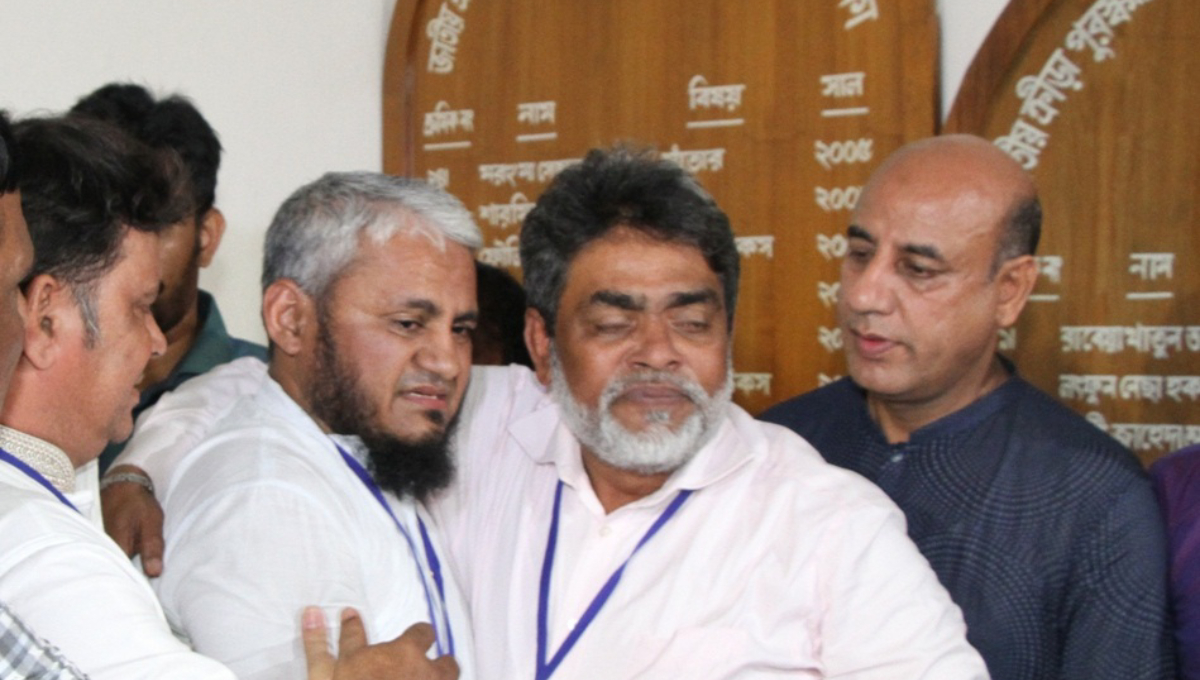 In an instant reaction, Sayeed said, “We have got a fair election today. I hope we’ll work together for the development of hockey.”

All the 84 councillors of the federation exercised their voting rights from 10am to 3pm peacefully at the changed venue of Sultana Kamal Women’s Sports Complex in Dhanmondi.

The election commission shifted the polling venue from the National Sports Council NSC on Sunday, just a day before the election, to ensure a ‘free and fair’ election.

Mohammad Yousuf (69) of the Sajed-Sadeque panel and Kamrul Islam Kistmat (45) of the Rashid-Sayeed panel were elected joint secretaries.

Out of 19 EC members, Sajed-Sadeque panel got 12 and the remaining seven went of the Rashid-Sayeed panel.

A total of 55 candidates competed in 28 posts of the federation executive committee, including five vice-presidents, one general secretary, two joint secretaries, one treasurer and 19 EC members.