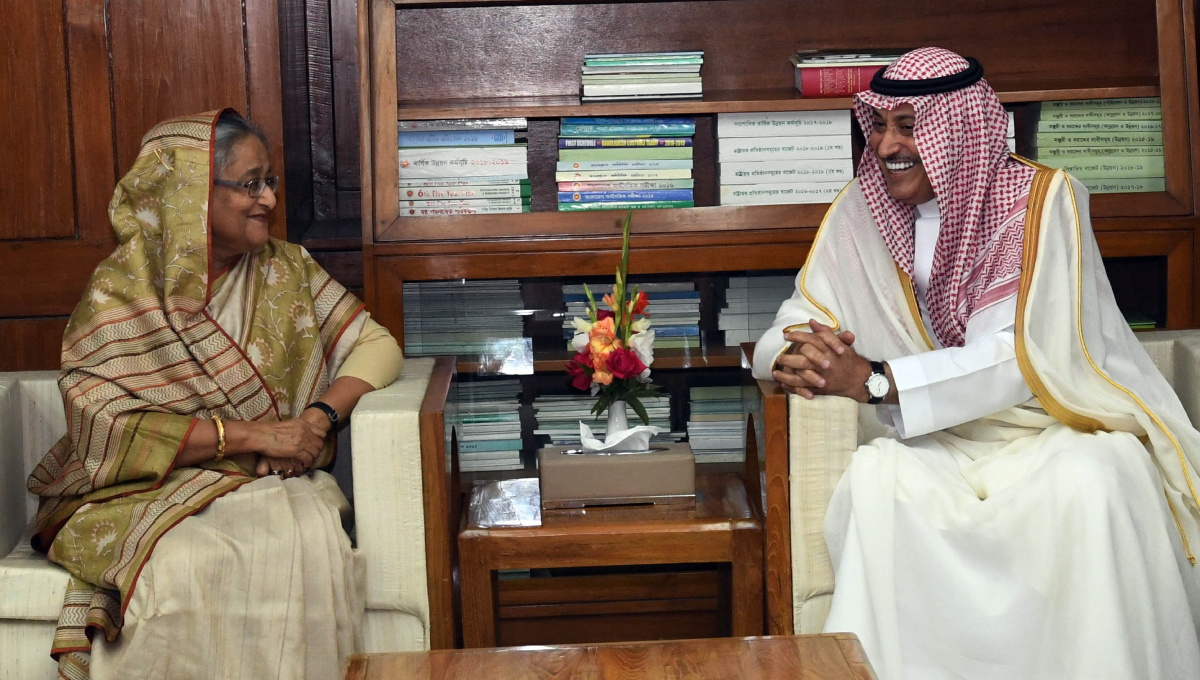 The Prime Minister congratulated the Saudi ambassador for successfully completing his tenure in Bangladesh, telling him that he can consider Bangladesh as his own country.

She said Bangladesh and Saudi Arabia have historical relations. “Saudi Arabia enjoys a special place in the hearts of Bangladeshis,” she said.

Sheikh Hasina recalled her four visits to Saudi Arabia made during the tenure of the ambassador here and thanked him for playing a key role in arranging the tours.

The Saudi ambassador thanked the Prime Minister for extending cooperation to him during his tenure in Bangladesh.

He expressed satisfaction over the existing bilateral relations between the two countries. “The relationship reached a new height and it’ll continue to strength,” he added.