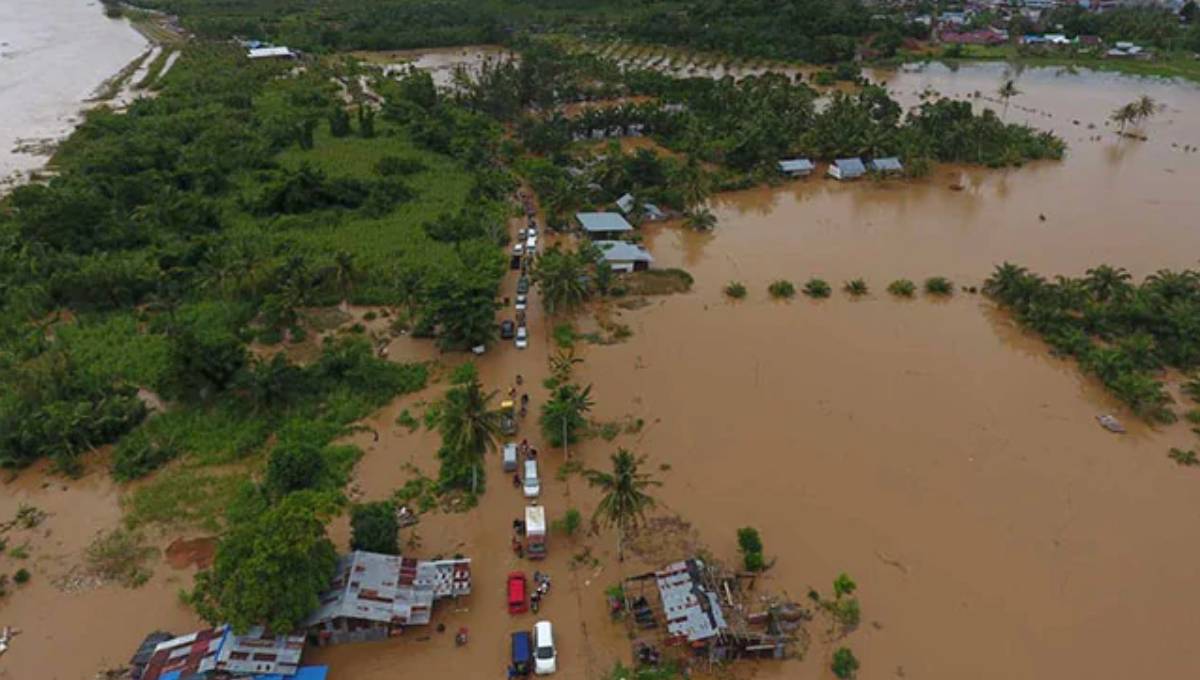 Aerial images showed swollen rivers that had burst the settlements in some parts of the province. Photo: Collected

Indonesia, Apr 29 : Indonesia’s disaster agency says floods and landslides from torrential rains have killed at least 19 people and displaced thousands in the past few days.

The agency said Sunday that 17 people have died in Bengkulu province on Sumatra, adding to two deaths from flooding in parts of the capital Jakarta.

It said nine people are missing in Bengkulu and more than 12,000 have fled their inundated homes.

The agency said distribution of aid has been hampered by power cuts, inaccessible roads and large distances between various disaster hit areas.