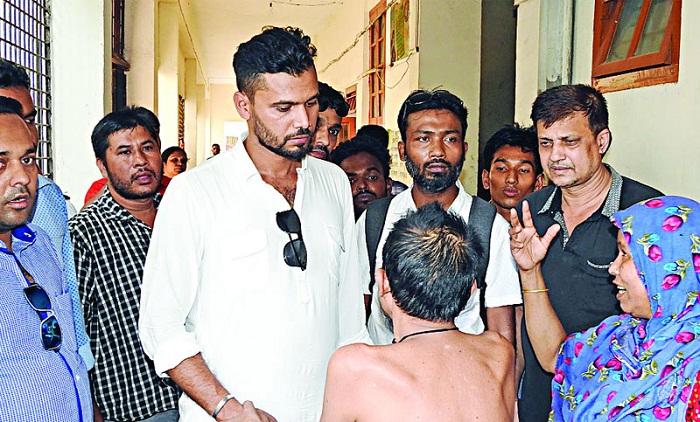 The Health Ministry made four doctors of the Narail Sadar Hospital officers on special duty (OSD) on Monday, according to a gazette notification of the Ministry of Health and Family Welfare.
The ministry rewarded them this punishment after Mashrafe Bin Mortaza, captain of Bangladesh Cricket Team and MP from Narail-2 constituency paid a surprise visit to the public hospital on April 24 and found the four doctors absent from the duties.

They were transferred to the Directorate General of Health Services on special duty.

On April 24, Mashrafe went to different departments and wards of the Narail Sadar Hospital and taken aback to see that there was only one doctor on duty to look after the entire health facilities.

A video of his surprise visit also went viral in the social media immediately.