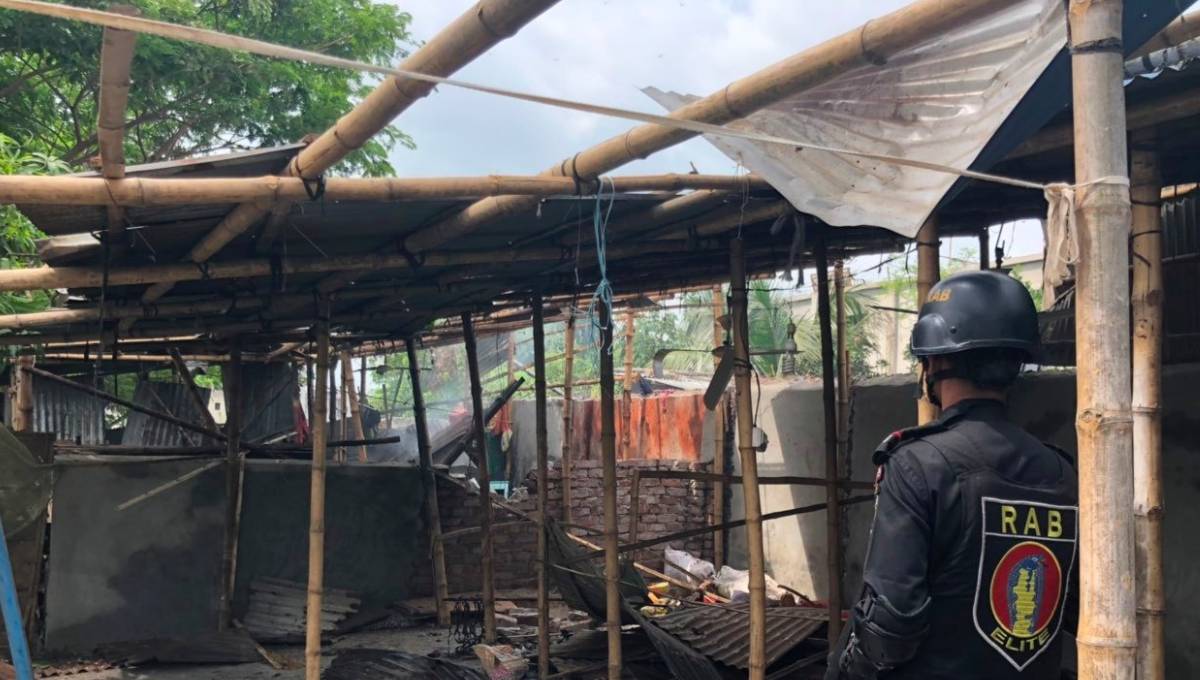 Dhaka, Apr 29 : At least two suspected militants were killed in an explosion after members of Rapid Action Battalion (Rab) cordoned off a tin-shed reported den of militants at Bosila in Mohammadpur area of the capital early Monday.

Director General Benazir Ahmed of Rapid Action Battalion’s (Rab) confirmed the deaths while talking to reporters during his visit to the spot.

“They were undoubtedly militants… Rab had to fire 150 rounds of bullet to bring the situation under control,” said the Rab DG.

When the bomb disposal unit entered the house, they found scattered body organs at the house and three legs.

Earlier, acting on secret information, a team of the elite force cordoned off the house, ‘Metro Housing’, at Bosila around 3:30am, said Rab’s Legal and Media Wing Mufti Mahmud Khan.

He said sounds of gunshots and a big explosion were heard from the house around 4:45 am and the roof of the house was blown away in the blast. Later, the Rab team opened fire from a safe distance, he added.

Besides, the Rab team detained three people, including caretaker of the house, for interrogation.

Now the law enforcers are trying to see the situation inside the house through a drone camera.