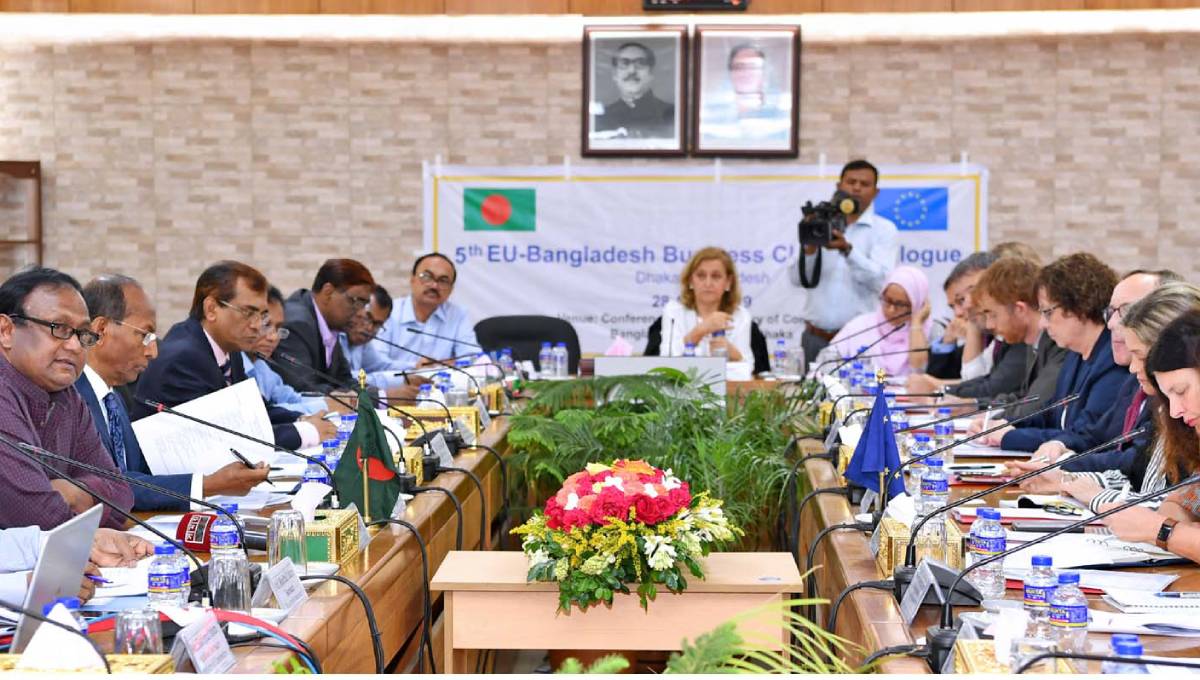 Dhaka, April 28 : European Ambassadors on Sunday called on the government to take practical action with a view to improve the ease of doing business in Bangladesh.

The Heads of Mission of the European Union, Denmark, France, Germany, Italy, the Netherlands, Spain, Sweden, the United Kingdom made the call while participating in the 5th plenary of the EU-Bangladesh Business Climate Dialogue held at the Commerce Ministry.

Senior officials from relevant Ministries and agencies as well as by the Heads of Diplomatic Missions of the EU Member States and representatives of the EU private sector in Bangladesh were also present.

The EU-Bangladesh Business Climate dialogue was initiated in May 2016 between the EU Business Council in Dhaka and the Commerce Ministry, with the aim to jointly remove impediments that obstruct EU trade and investment in Bangladesh.

The Heads of Mission underlined that the Business Climate Dialogue is a good opportunity for Bangladesh to seek feedback from important EU stakeholders on improving the business environment and, by doing so, attract more EU trade and investment to the country.

This would be beneficial both to Bangladesh and the EU, said the EU Embassy in Dhaka.

They noted that the policy reform process in Bangladesh has proved to be lengthy and complex.

Regulatory unpredictability, uncertainty, and the lack of coherence in policy implementation are major barriers to doing business, as highlighted in recent international and domestic reports.

They called on the dialogue to be used by both sides as a vehicle to deliver improvements.

They said that there is a need for action in favour of reform at all levels within the Ministries.

Political declarations should be accompanied with corresponding actions aimed at improving the modus operandi within the administrations.

The Heads of Mission further suggested the government to take steps to make doing business easy and fair for all.

They expressed a desire that the Government will carry out in a timely manner necessary policy reforms in favour of a transparent, accountable and predictable regulatory regime in order to encourage more trade and investment from Europe.

The Heads of Mission fully endorsed Prime Minister Sheikh Hasina’s vision to secure by 2021 double-digit ranking for Bangladesh in the World Bank’s ease of doing business index from the current 176th position out of 190 countries.

They welcomed the willingness expressed by the Commerce Minister to address shortcomings in the Dialogue by producing a time-bound Action Plan on trade policy reforms implementation with precise outputs.

They sensed a new energy in the Dialogue further to the Minister’s engagement in resolving existing challenges in the Joint Working Groups deliberations.

Among other issues, they stressed that reducing any uncertainty in the current tax regime is crucial.

Keeping on the horizon the national visions to become middle income economy by 2021 as well as secure a sustainable LDC graduation in 2024, the EU Heads of Mission see great potential in Bangladesh for further bilateral trade and investment.

EU as Bangladesh’s largest trade, development and humanitarian partner will continue to work constructively with the Government of Bangladesh towards better trade and investment relations.

The next meeting of the EU-Bangladesh Business Climate Dialogue with the Commerce Minister will be held in six months’ time.

The envoys hoped that significant progress in terms of policy reforms will have been achieved by then.