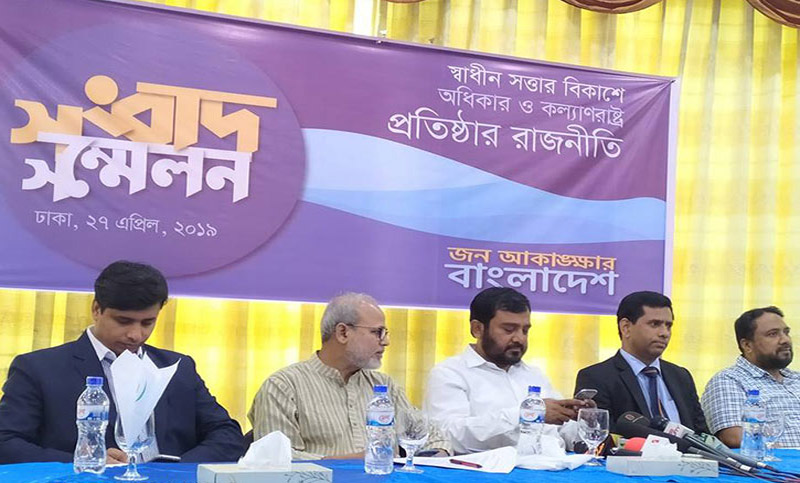 Pro-reformist Jamaat leaders have finally teamed up to float a new political party.
Mojibur Rahman Monju, an expelled Bangladesh Jamaat-e-Islami Majlis-e-Shura member, came up with the announcement at a press conference at a city hotel on Saturday.

He said they have already formed five committees to launch the new party with a slogan ‘Jana Akhankhar Bangladesh’.Monju, who is working as a coordinator of the platform, said their party would not be an Islamist one as representation of all communities will be there in it.

Earlier on February 16, Bangladesh Jamaat-e-Islami expelled Monju from the party for violating its discipline and engaging in anti-organisational activities.

On February 15, Jamaat assistant secretary general Barrister Abdur Razzaq sent his resignation letter from the UK to the party Ameer saying that the party have failed to apologise for its anti-liberation war role in 1971 and reform the organistion based on reality.