Lightning arresters can be adopted all over Bangladesh to save lives: ADB 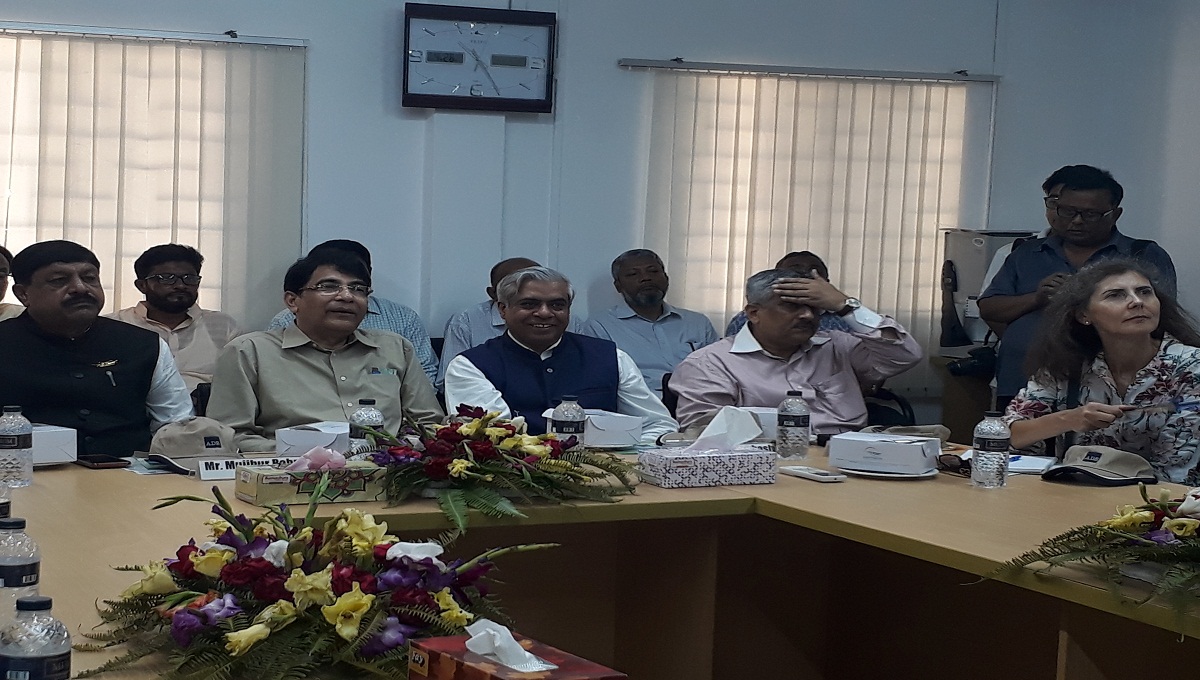 Dhaka, Apr 27 : Lightning arresters, a low-cost technology, can be adopted all over the country to save lives and stop undue human damages from lightning strikes, says the Asian Development Bank (ADB).

“Its use in different parts of the country can save human lives. It’s a low-cost technology,” ADB Country Director Manmohan Parkash told after handing over seven types of completed subprojects for use under the Emergency Assistance Project.

The ADB Country Director handed over the facilities to LGRD Senior Secretary SM Ghulam Farooque on Friday, which were completed with grant assistance from the ADB.

At least 600,000 “displaced people” sheltered in Cox’s Bazar Rohingya camps and the host community will be benefited under the Emergency Assistance Project, says the Bank.

Parkash said lightning arresters are used in many countries to make sure when lightning strikes it goes down to earth so that people do not lose their lives. “So, we’ve included it as part of our project here (camps).”

The ADB Country Director said they will be more than happy to take it up for the country if they are requested.

According to reports carried by different national dailies on lightning incidents, over 200 people were killed and scores of others injured in lightning strikes at different parts of the country, mainly in central and northern parts, over the last two and a half months from March to May 17 in 2018, showing an increased frequency in lightning strikes.

Responding to a question, Parkash said the needs in Cox’s Bazar camps are “enormous” and the ADB is trying to help to the extent it is possible for them.

He also inaugurated the groundbreaking of seven food distribution centers, and 10 cyclone shelters in and around the Cox’s Bazar camps.

While inaugurating the facilities, Ghulam Farooque appreciated ADB’s grant assistance and speedy completion of the projects.

“I’m happy to see the rapid and impressive implementation progress of the project in less than one year after its approval,” said Country Director Parkash.

“The inauguration of subprojects reflects a high-level of government commitment in implementing the project,” he added.

After a request by the government of Bangladesh, the ADB approved a grant of $100 million in July 2018 as the first phase of a total possible support of $200 million to develop basic infrastructures and services for displaced persons in the camps in Cox’s Bazar.

The grant project is focusing on water supply and sanitation, disaster risk management, energy, and roads in and around the camps, says the ADB mentioning that it is being implemented in close coordination with several development partners.

Under the road component ($27 million), 50 km road from Cox’s Bazar to Teknaf will be resurfaced, 30 km internal and rural roads will be constructed, and 30 km access and link roads will be developed.

The Country Director said 30 kilometres of road will be constructed within the camps so that people can roam around in addition to improving the drainage system.

A site office for the Emergency Assistance Project was inaugurated in the UNHCR premises in Cox’s Bazar on February 14 to expedite the ground-level project implementation activities.

World needs multilateralism more than ever before: Bangladesh