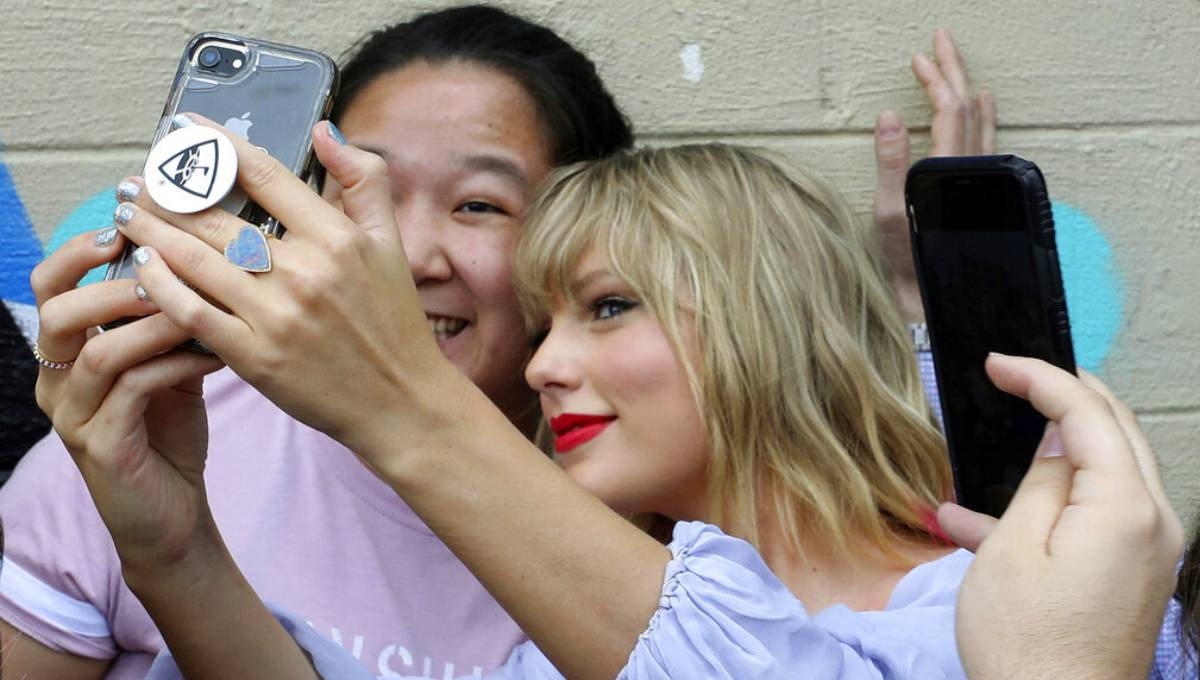 Photo: Taylor Swift takes a selfie with a fan at an appearance at a butterfly mural in the Gulch in Nashville, Tenn., on Thursday, April 25, 2019.

In an interview with Robin Roberts on Thursday — during the 2019 NFL Draft on ABC — the pop star said the song features Brendon Urie of Panic! of the Disco.

“I think that with a pop song we have the ability to get melodies stuck in people’s heads and I just want it to be one that makes (people) feel better about themselves,” she said.

Swift has been teasing fans for weeks with clues about a new project. She surprised a few hundred fans Thursday when she visited a mural she commissioned in Nashville.

Swift thanked the artist who created the mural in an Instagram post on Thursday. She also thanked her fans for showing up, saying: “I’ve never been more proud of your FBI level detective skills.”