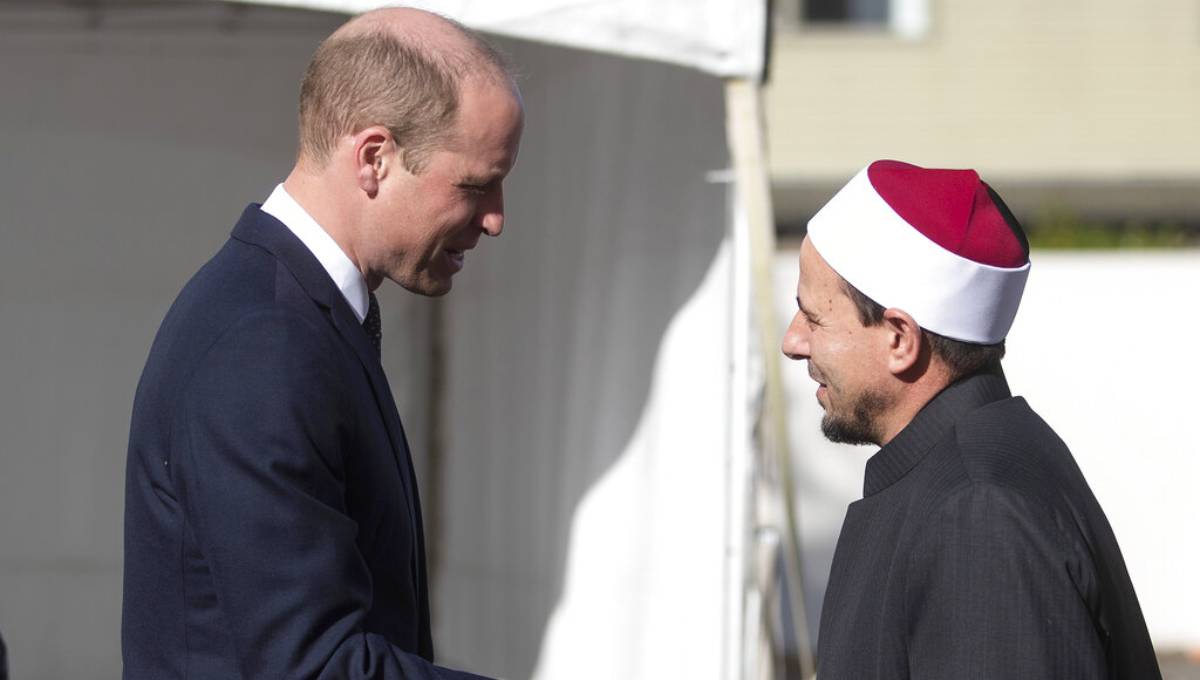 New Zealand, Apr 26 : Britain’s Prince William on Friday visited a mosque where a white supremacist shot dozens of people last month and said the gunman had failed in his mission to sow division and hatred.

The Duke of Cambridge was visiting the first of two mosques where 50 people were killed and 50 others wounded in the March 15 attack. He plans to visit the second mosque later on Friday.

William spoke to about 100 people at the Al Noor mosque, including survivors of the shootings, Muslim leaders and Prime Minister Jacinda Ardern. The prince said the mosque stood for the principles of togetherness and selflessness, which the terrorist had tried to challenge.

“He thought he could redefine what this place was,” William said. “I’m here to help you show the world that he failed.”

The prince said he’d been visiting New Zealand since before he could walk, and he’d always been impressed by the way New Zealanders looked out to the world with optimism.

“I could not believe the news that I was hearing on the 15th of March, in a country that seemed to be bucking the global trends of division and anger,” William said.

But New Zealand didn’t fall victim to fear and distrust as the terrorist wanted, William said.

William did not name the accused gunman, a practice Ardern and others have followed as a way to deny him notoriety.

William is on a two-day trip to New Zealand. Earlier on Friday, he met with some of those recovering from gunshot wounds at Christchurch Hospital.

On Thursday, he met with police officers and medics who responded to the attacks. He also attended a service in Auckland to commemorate soldiers killed during World War I.