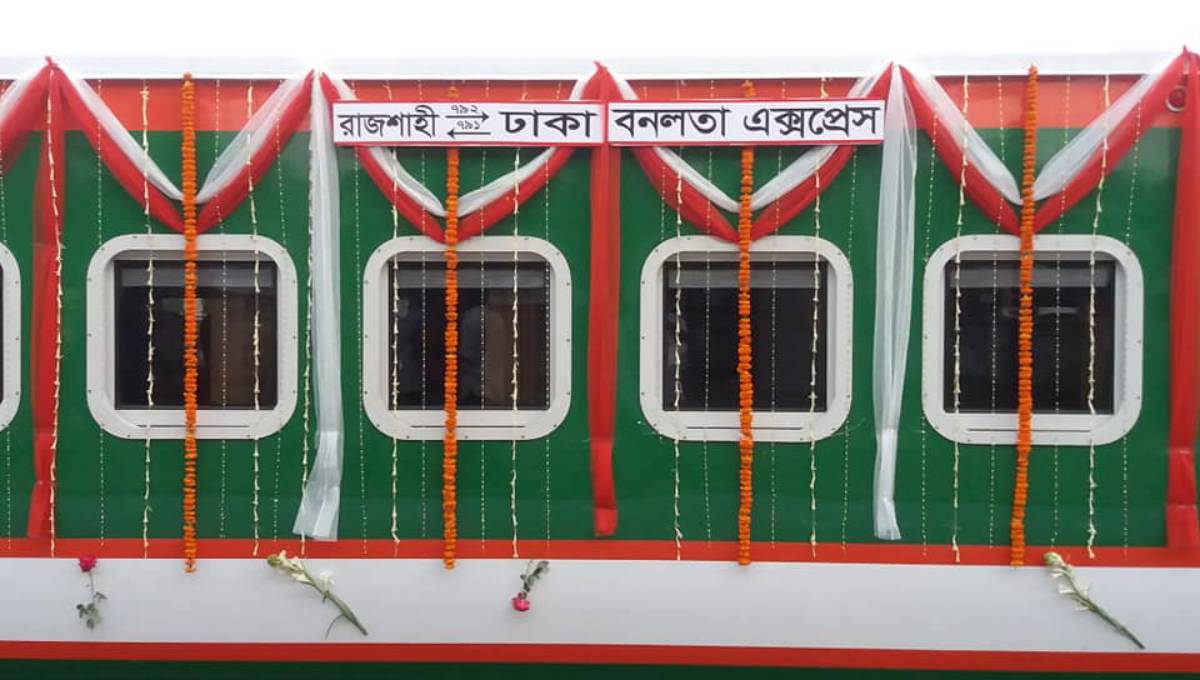 She opened the non-stop train service through videoconferencing from her official residence Ganobhaban in the morning.

The 927-seat modern train started its maiden trip from Rajshahi towards Dhaka around 11:10am.

With the introduction of the non-stop train service, now passengers will be able to travel to Rajshahi from Dhaka within 4 hours and 45 minutes, over one hour less than the current travel time.

The Bonolota Express is the third non-stop intercity train in the country as currently two non-stop trains are plying the Dhaka-Chattogram route.

The high-speed train with 12 coaches will be running on the 343-kilometre route without any stoppage between Dhaka and Rajshahi.

According to the regular schedule, the  Bonolota Express will start from Rajshahi at 7:00am and reach Kamalapur Railway Station in Dhaka by 11:40 am.

The train is equipped with some modern facilities like bio-toilet, reclining chairs, Wi-Fi and mobile phone-recharging system for the passengers.

Bangladesh Railways procured 50 high-speed and modern coaches from Indonesia for new trains on different routes, including the Rajshahi-Dhaka one.

Principal Secretary Md Nojibur Rahman conducted the inaugural event at Ganobhaban, while Railways Secretary Md Mofazzel Hossain made a presentation over the non-stop train service as well as the activities and successes of Bangladesh Railways.