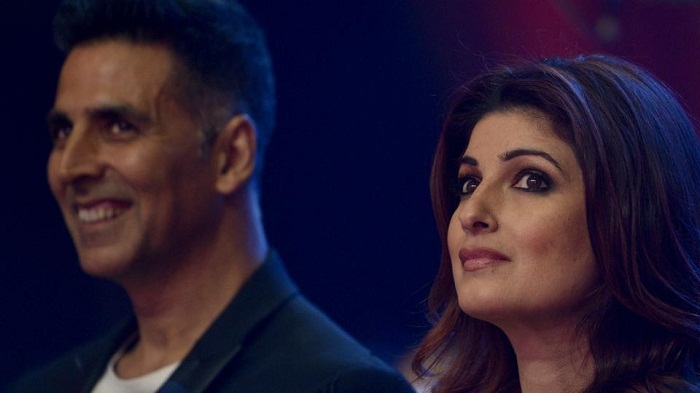 To this Twinkle wrote on Twitter, “I have a rather positive way of looking at this – Not only is the Prime Minister aware that I exist but he actually reads my work :).Akshay had tweeted about the interview on Tuesday, writing, “While the whole country is talking elections and politics, here’s a breather. Privileged to have done this candid and COMPLETELY NON POLITICAL freewheeling conversation with our PM.”

A day later he wrote, “Do you ever wonder whether PM Modi manages to laugh during the heat of the election campaign?” Akshay also shared brief snippets from the interview, and showed the PM memes. According to ANI, the PM said in the hour-long conversation, “I never thought of coming this far because as a child I had not seen anything beyond the village. The journey started and the country took me along.”

Akshay has in the past starred in films with a nationalist bent, such as Toilet: Ek Prem Katha and Rustom. Twinkle, meanwhile, has often speaks her mind on social media.

Akshay had addressed this in an interview to Bombay Times. He said, “Both Twinkle and I are not against anyone. She has her point of view and I have mine. That’s the way things should be between a husband and wife. If I tell her to do things my way, it’s wrong on my part. Such things can cause trouble and even break a relationship.”

Twinkle had also spoken about their alleged ‘political differences’ in a tweet, implying that a marriage doesn’t mean ‘sharing the same ideologies’.