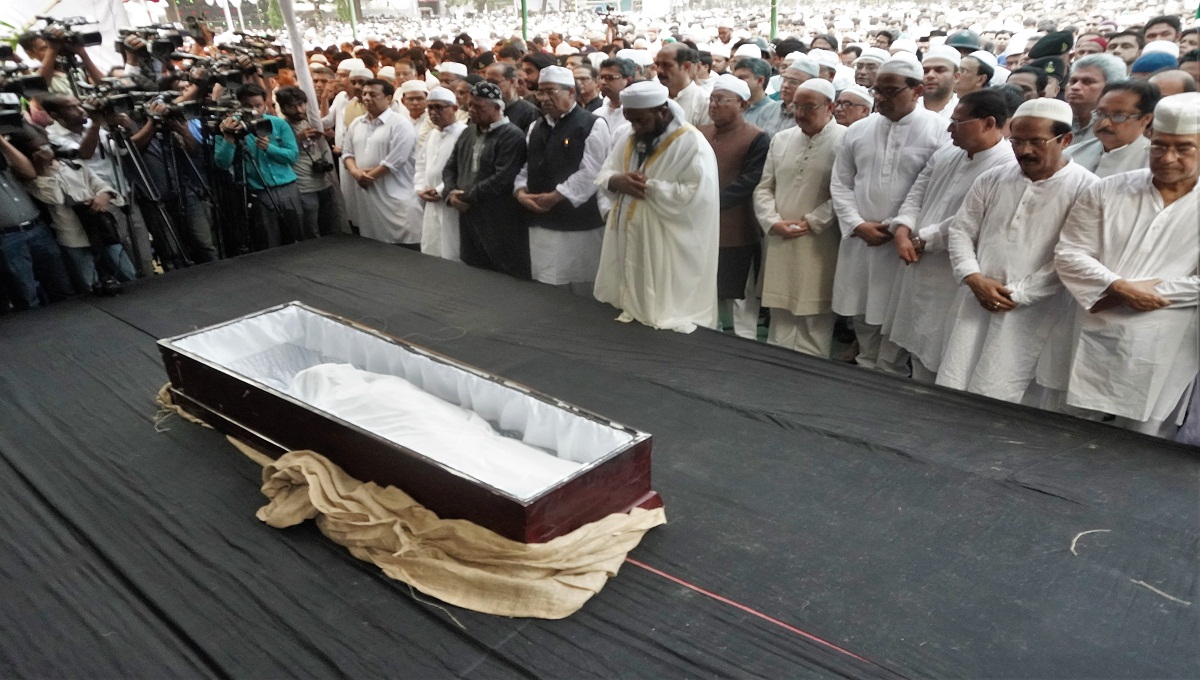 Dhaka, Apr 24 : Zayan Chowdhury, one of the victims of Easter Sunday bombings in Sri Lanka, was laid to rest at Banani Graveyard in the city on Wednesday evening.

Earlier, a Sri Lankan Airlines flight carrying the body of Zayan, 8, the grandson of Awami League leader Sheikh Fazlul Karim Selim, landed at Hazrat Shahjalal International Airport around 12:40 pm. His body was then taken to their Banani residence.

The namaz-e-janaza of Zayan was held at Banani Club Field after Asr prayers.

Later, he was buried at the Banani graveyard around 6:00 pm.

Sheikh Hasina stayed there for over an hour and consoled the family members of Zayan Chowdhury. A heart-rending scene was created at that time.

Sheikh Hasina also prayed for the eternal peace of the departed soul of Zayan.

A second grader of an Uttara school, Zayan is a son of Moshiul Haque Chowdhary and Sheikh Sonia.

Zayan and more than 350 others were killed in explosions in Sri Lanka on Easter Sunday. He had gone there with his family on a vacation.

Moshiul also suffered splinter injuries in his kidney and liver in the deadly terror attack in Sri Lanka’s capital on Easter Sunday.