North Korea’s Kim arrives in Russia before summit with Putin 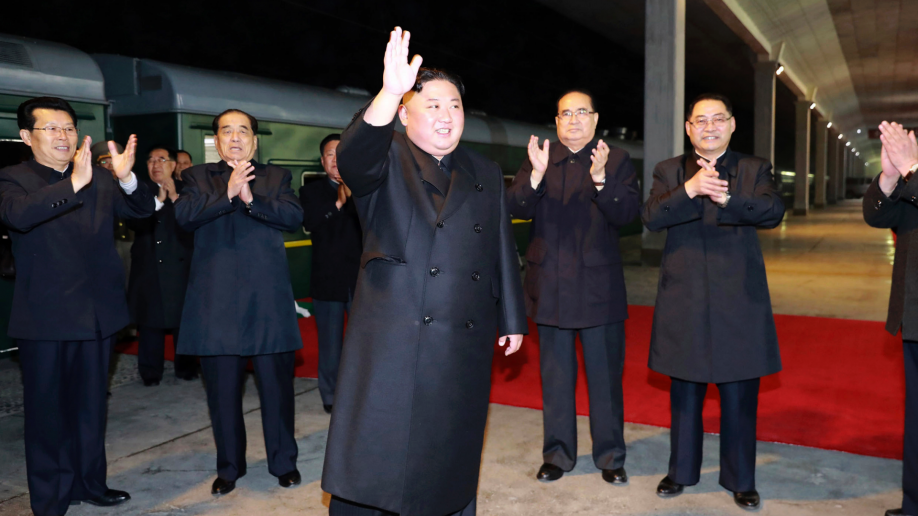 North Korean media published photos of Kim saluting an honor guard and waving to people carrying flowers at a rail station before boarding his khaki-green armored train for the lengthy journey. Russian news agency Tass quoted a local official as saying Kim was given flowers, bread and salt at the Hasan train station after crossing the border.

Kim’s Russia trip comes about two months after his second summit with Trump failed because of disputes over U.S.-led sanctions on the North.

Kim will be the first North Korean leader to travel to Russia since his late father, Kim Jong Il, visited in 2011.

Some experts say Kim could try to bolster his country’s ties with Russia and China as he’s increasingly expressed frustration at the lack of U.S. steps to match the partial disarmament steps he took last year.

It’s not clear how big of a role Russia can play in efforts to restart the nuclear diplomacy. But the summit could allow Putin to try to increase his influence in regional politics and the standoff over North Korea’s nuclear program.

Putin’s adviser added that the Kremlin would try to help “create preconditions and a favorable atmosphere for reaching solid agreements on the problem of the Korean Peninsula,” Ushakov said.

Ushakov pointed at a Russia-China roadmap that offered a step-by-step approach to solving the nuclear standoff and called for sanctions relief and security guarantees to Pyongyang. He noted that the North’s moratorium on nuclear tests and scaling down of U.S.-South Korean military drills helped reduce tensions and created conditions for further progress.

Ushakov said that Putin-Kim summit’s agenda will also include bilateral cooperation. He added that Russia’s trade with North Korea is minuscule at just $34 million last year, mostly because of the international sanctions against Pyongyang.

Russia would like to gain broader access to North Korea’s mineral resources, including rare metals. Pyongyang, for its part, covets Russia’s electricity supplies and wants to attract Russian investment to modernize its dilapidated Soviet-built industrial plants, railways and other infrastructure.

In the meantime, Vladivostok has been seeing a number of unusually strict security measures. Maritime authorities said Tuesday that the waters around Russky Island, off the southern tip of Vladivostok, would be temporarily closed to all maritime traffic.

The island has a university with a conference hall and is seen as a likely summit venue.

Separately, local media reported that some platforms at Vladivostok’s main train station would be closed for several days, and that buses will be rerouted from the train station Wednesday.

News website Vl.ru reported on road construction to even out the entrance at the train station, possibly to allow Kim’s limousine to drive straight off the platform.

Innovative child malaria vaccine to be tested in Malawi