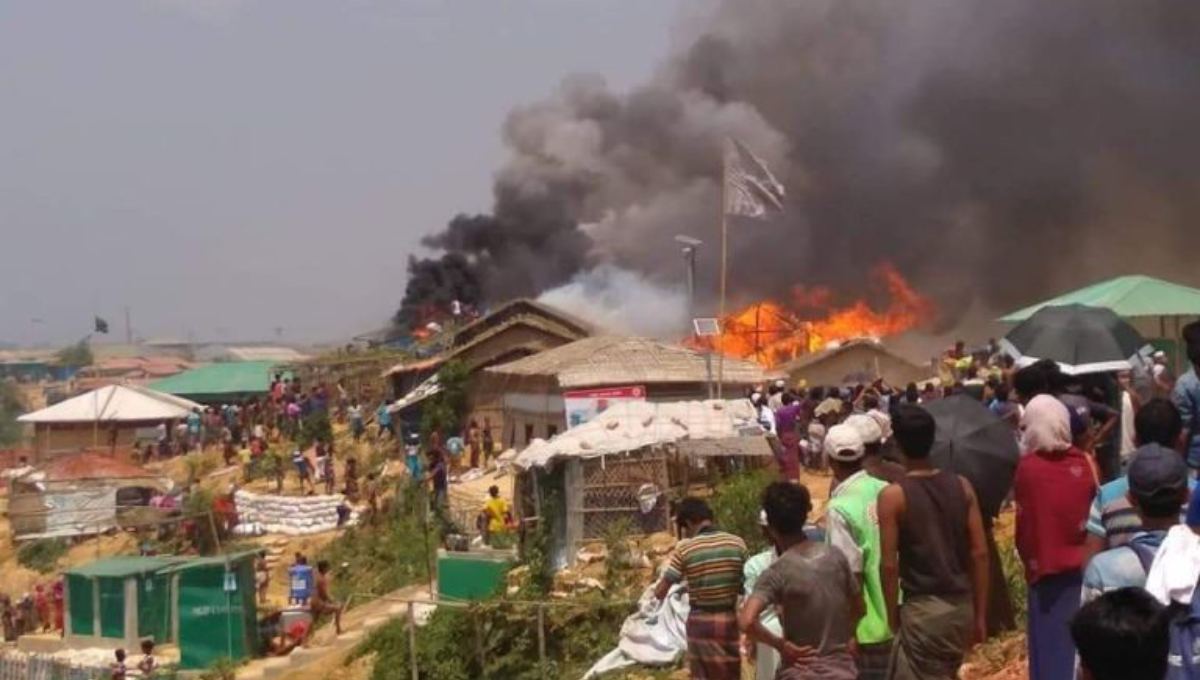 Cox’s Bazar, Apr 24 : Around 50 houses were gutted as a fire broke out at Kutupalong Rohingya camp in Ukhia upazila on Wednesday.

Emdadul Haque, in-charge of Ukhia fire station, said that the fire broke out around 12:45 pm at no 5 camp and gutted around 50 houses and a mosque.

On information, two fire-fighting units rushed in and doused the fire after one and a half hours of frantic efforts.

At least 10 people were injured while they were trying to douse the fire. The injured were admitted to local Red Crescent hospital.

Locals said that the fire originated from a gas cylinder.