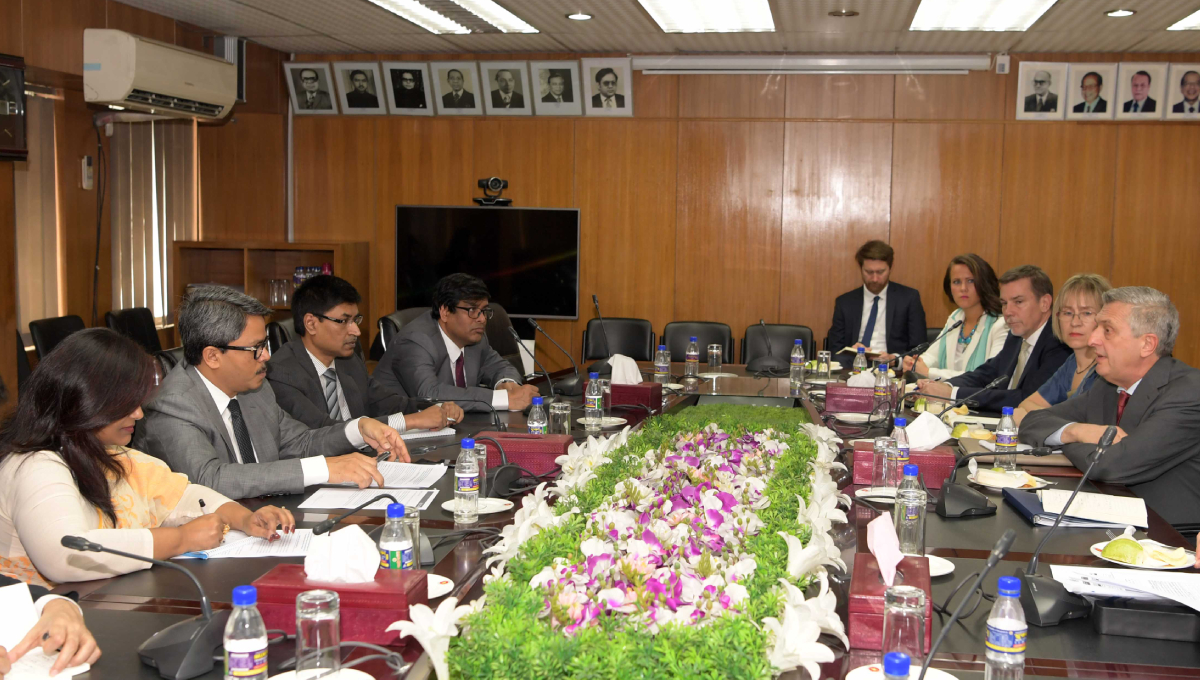 They are currently on a joint visit until April 28 and will visit to Cox’s Bazar Rohingya camps on Thursday and Friday.

Shahriar expressed dissatisfaction at the failure of Myanmar to build confidence among the Rohingyas to return to their homeland.

He urged the visiting UN agency heads to put in further efforts to create conducive environment in Northern Rakhine and also enhance the engagement with Myanmar in building schools, hospitals, mosques and other basic structures for the Rohingyas in their place of return.

The State Minister also reiterated the proposal of creating a safe zone in Myanmar proposed by Prime Minister Sheikh Hasina in the UN General Assembly and requested the visiting dignitaries to pursue with Myanmar for creating the safe zone.

At the end of the meeting, the State Minister assured full support of Bangladesh to the humanitarian actors working for the Rohingyas and urged the UN agencies to take effective steps to solve the Rohingya crisis.

The delegation updated the State Minister about the recent development of work of UN agencies in the Northern Rakhine of Myanmar.

The delegation said though the development is not significant, the situation is better than before, according to the Ministry of Foreign Affairs.

They also informed about the funding status for implementing the Joint Response Plan-2019.

The delegation members commended Bangladesh’s efforts towards addressing the basic needs of the Rohingyas and said Bangladesh has dealt with the Rohingya issue in an exemplary way.

They said the visit is intended to express consolidated solidarity to Bangladesh.

They also raised the issue of education, training and livelihood opportunities for the Rohingyas in the Cox’s Bazar camps.