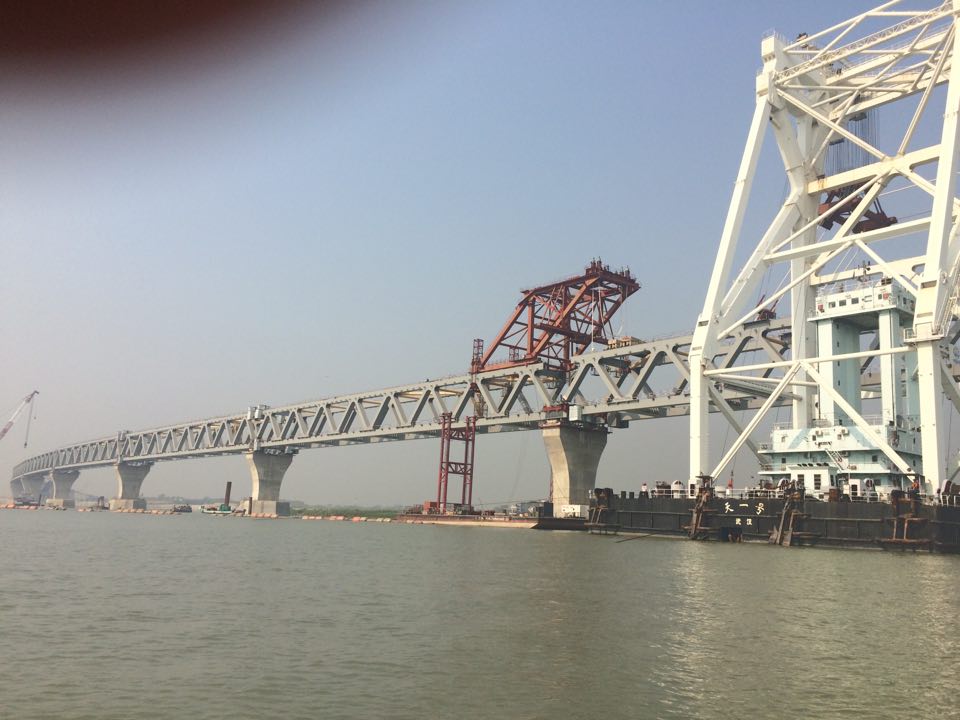 Munshiganj, Apr 23 : Around 1,650 metres of the Padma Bridge is now visible with the installation of its 11th span at the Jajira point on Tuesday.

The 3,140-ton ‘6-C’ span was installed around 9:20am on pillars 33 and 34, said Deputy Assistant Engineer of Padma Bridge Project Humayun Kabir.

It was brought by floating crane Tian-E from the Mawa Kumarbhog Construction Yard on Monday morning.

The 12th span is likely to be installed this month.

Earlier, the 10th span was installed on April 10.

The works of Padma Multipurpose Bridge became visible with the installation of 150-metre first span on pillars no 37 and 38 on October 30, 2017.

The construction work of the country’s largest bridge started in December 2015.

According to the engineers concerned, a total of 41 spans will be installed on 42 concrete pillars.