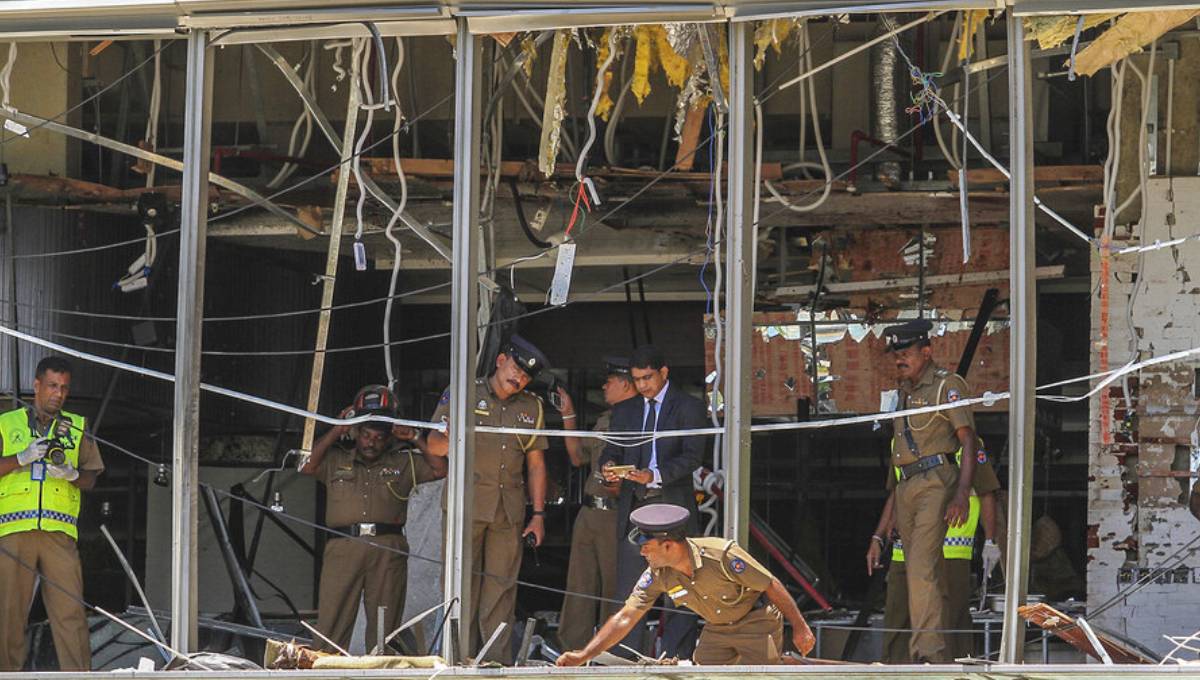 Sri Lanka, Apr 23 : The Islamic State group is claiming responsibility for the Easter attacks in Sri Lanka that killed at least 321 people, but offered no evidence.

The extremist group made the claim Tuesday via its Aamaq news agency.

The claim said: “The perpetrators of the attack that targeted nationals of the countries of the coalitions and Christians in Sri Lanka before yesterday are fighters from the Islamic State.”

It offered no photographs or videos of attackers pledging their loyalty to the group.

The group, which has lost all the territory it once held in Iraq and Syria, has made a series of unsupported claims of responsibility.

Sri Lankan officials have blamed a local Islamic extremist group for the attack.

Sri Lanka’s minister of defense says the Easter Sunday bombings were “carried out in retaliation” for attacks on mosques in Christchurch, New Zealand, on March 15.

Ruwan Wijewardene made the comment to lawmakers in Parliament on Tuesday, without providing evidence or explaining where the information came from.

He said the toll from coordinated bombings at churches, luxury hotels and other sites now stands at 321 people dead and 500 injured.

The government has blamed a local Islamist militant group for the attacks.

Authorities in Sri Lanka are further increasing security measures after the Easter suicide bombings that killed at least 310 people.

Police issued orders Tuesday that anyone parking a car on the street and leaving unattended must put a note with their phone number on the windscreen.

Postal officials meanwhile said they would no longer accept pre-wrapped parcels for mailing.

The country is under a state of emergency and the military is operating under enhanced war-time powers following the attacks, which also wounded hundreds.

A warning shared with Sri Lankan security agencies on April 11 said a local group was planning a suicide terror attack against churches in Sri Lanka.

Priyalal Disanayaka, the deputy inspector general of police, signed the letter addressed to the directors of four Sri Lankan security agencies. He asked the four security directors to “pay extra attention” to the places and VIPs in their care.

The intelligence report attached to his letter called the group National Towheed Jamaar, said it was targeting “some important churches” in a suicide terrorist attack that was planned to take place “shortly.” The report named six individuals likely to be involved in the plot.

On Monday, Sri Lanka’s health minister held up a copy of the report while describing its contents, spurring questions about what Sri Lanka police had done to protect the public from an attack.

As a state of emergency took effect Tuesday giving the Sri Lankan military war-time powers, police arrested 40 suspects, including the driver of a van allegedly used by the suicide bombers and the owner of a house where some of them lived.

President Maithripala Sirisena has declared a day of mourning for Tuesday, a day after officials disclosed that warnings had been received weeks ago of the possibility of an attack by the radical Muslim group blamed for the bloodshed.