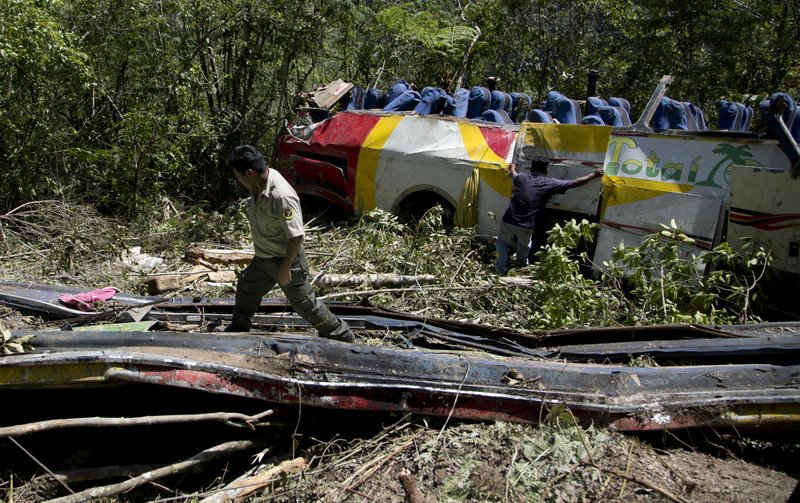 Photo: A park ranger walks amid the wreckage of a scene where a bus crashed head-on with another vehicle and plunged down a deep ravine, in Yolosa, Bolivia, Monday, April 22, 2019.

La Paz, Apr 23 : Bolivian police say a bus crashed head-on with another vehicle and plunged down a deep ravine, killing at least 25 people and leaving 24 others injured on Monday.

Traffic Police Col. Rodel Cano told local news media that 25 bodies had been recovered and police were continuing rescue and recovery efforts. He said some of the 24 injured were in serious condition.

Interior Minister Carlos Romero said the bus driver tried to pass a tanker truck, collided with another vehicle and then tumbled down a roughly 1,000-foot (300-meter) deep ravine in the northern town of Yolosa, roughly 50 miles (80 kilometers) north of the capital, La Paz.

Television images showed the roof torn off the mangled vehicle.