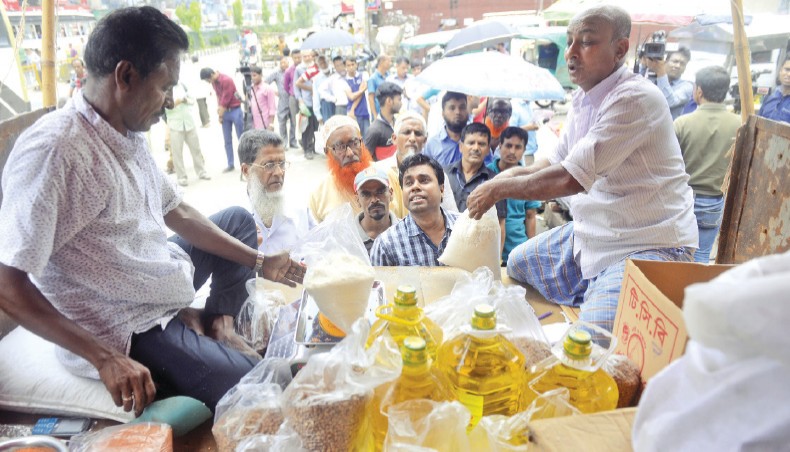 Dhaka, Apr 22 : State-owned Trading Corporation of Bangladesh (TCB) will start selling three essentials at a subsidised rate across the country on Tuesday for the convenience of people during Ramadan.

The three essentials are soyabean oil, pulse and sugar.

TCB information officer Humayun Kabir told that they have completed all the preparations to start the sale.

“We’ll start selling essentials across the country, including the capital, on Tuesday at lower prices compared to those at the retail markets,” he said.

“We sell oil and sugar round the year. So, we’ve enough stock of these items. However, we’ll come up with details about the essentials, including their prices, later.”

Humayun Kabir further said, “We’ve the stock of oil and lentils two or three times more than that of the dealers’ demand. Hope, customers will get products as per their requirement. The sale will continue till the last day of Ramadan.”