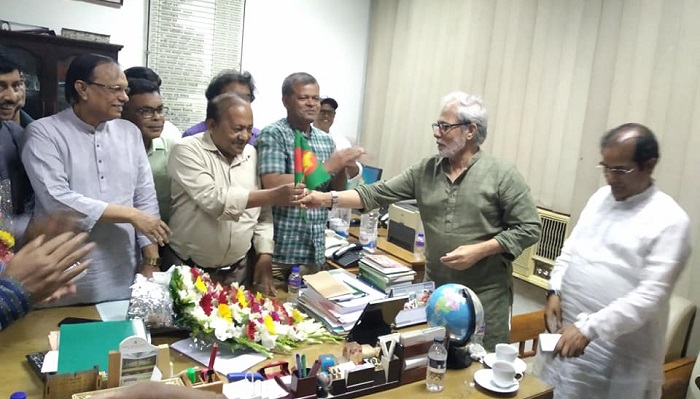 Noted journalist Zafar Wazed on Sunday joined the Press Institute of Bangladesh (PIB) as the Director General (DG) of the institute for two years.
PIB DG in-charge and Additional Secretary of the Information Ministry Mir Md Nazrul Islam handed over the charge to the newly appointed DG at a function at the PIB office in the city, said a press release.

On April 17, the government appointed Zafar Wazed as the director general of the PIB for two years following the death of its DG and senior journalist Shah Alamgir on February 28, 2019.