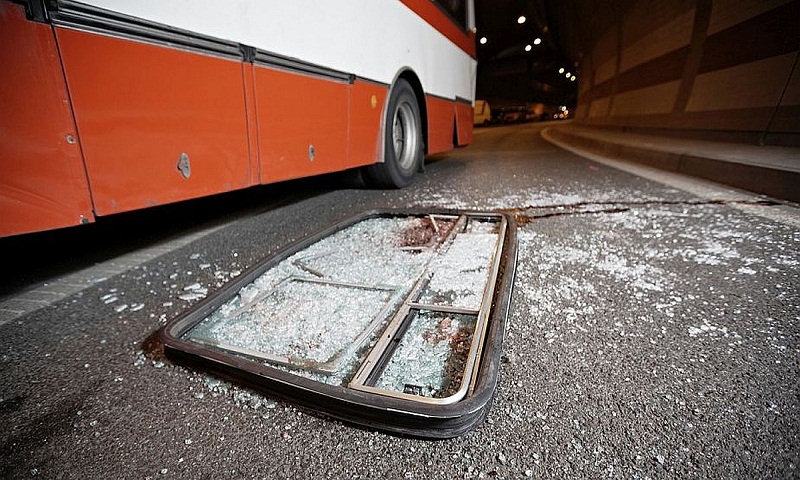 A bus rammed into a truck on the Agra-Lucknow Expressway on Sunday morning killing seven and injuring 34. The accident happened near Mainpuri in Uttar Pradesh.
According to reports, the bus, which was on its way from New Delhi to Varanasi, went out of control and rammed into the truck.

The identities of the victims are yet to be ascertained. A crane has been pressed into service to help in rescue operation.

At the time of writing, bodies were being retrieved by cutting out parts of the bus.

Reports say that the collision happened at the 87 km milestone under Karhal police station. Police teams led by SP Ajay Shankar Roy were at the site of the accident to help in rescue efforts.

This is the second major accident on the Agra-Lucknow Expressway in the past 10 days.

On 11 April, a speeding Ertica car rammed into a truck near Fatehabad killing eight people or which six died on the spot.

And on 5 April, a truck overturned on the expressway leaving two persons dead. The truck, which was carrying rice sacks, caught fire after its diesel tank burst.

In 2018, two persons were killed on the expressway when a tourist bus rammed into nearby vehicles, including a police gypsy, at a toll plaza, reports The Statesman.