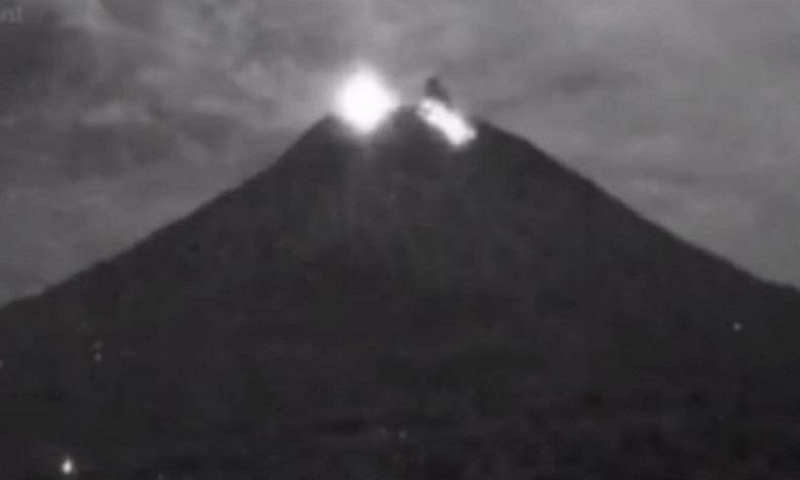 Mount Agung on Indonesia’s resort island of Bali erupted again early on Sunday (April 21), spewing volcanic ash into the sky to a height of 2km, an official said, reports Xinhua.
The active volcano erupted at 3.21am and the thick ash column was blown to the south-west, causing a drizzle of volcanic ash in Karangasem, Bangli and Klunglung districts, Dr Sutopo Purwo Nugroho, a spokesman for the national disaster mitigation agency (BNPB), said.

No flights were grounded at Bali’s Ngurah Rai International Airport, Dr Sutopo said, adding that there are no immediate reports of casualties.

The volcano’s status remains on alert or level three of four possible levels and the authorities continue to impose a 4km exclusion zone.

The spokesman added that thousands of masks have been distributed to communities over fears of ashes impacting the human respiratory system.

Two other volcanoes popular with tourists on the island of Java also continue to erupt. Mount Bromo in East Java and Mount Merapi in Yogyakarta remain on standby, with exclusion zones also place.

“This a normal situation of an active volcano and there is no need for the public to panic, as long as they remain outside the danger zone. Don’t try to get closer to the crater to document the volcanic activity in the crater,” Dr Sutopo said.

Foreign climbers have tried to ignore the danger zone status and attempted to climb Mount Agung, causing rescuers to scour the mountain in a bid to evacuate them.

Mount Agung is situated in Karangasem district and about 70km from tourist hub Kuta.