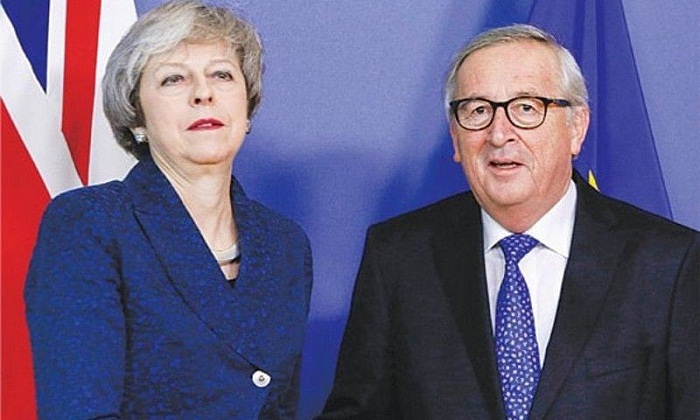 European Commission President Jean-Claude Juncker is warning Britain that the country’s departure from the European Union cannot be put off “indefinitely.” Britain was originally scheduled to leave the EU on March 29 but that date has been delayed twice, first to April 12 and now to Oct 31, because the UK Parliament has repeatedly voted down Prime Minister Theresa May’s EU divorce agreement.
In an interview published Saturday, Juncker told Germany’s Funke Media Group he hopes Britain will “make use of this time and not waste it again. He says “the best solution” would be for British lawmakers to have adopted the divorce agreement by the new Brexit date.

He says “this must one day come to an end.” Juncker also said Britain will likely be an EU member next month when EU elections are held.“Nobody knows how Brexit will end. This is creating great uncertainty. There is still a fear that there will be a hard Brexit without any withdrawal treaty arrangements,” Juncker said, citing the long-term negative impact on Europe’s economy.

Even though the extension to Oct 31 offers little clarity on when, how or even if Brexit will happen, Britain should use the time wisely, he said.

“I hope that the British will make use of this time and not waste it again. We cannot keep on putting off the withdrawal date indefinitely,” Juncker said.