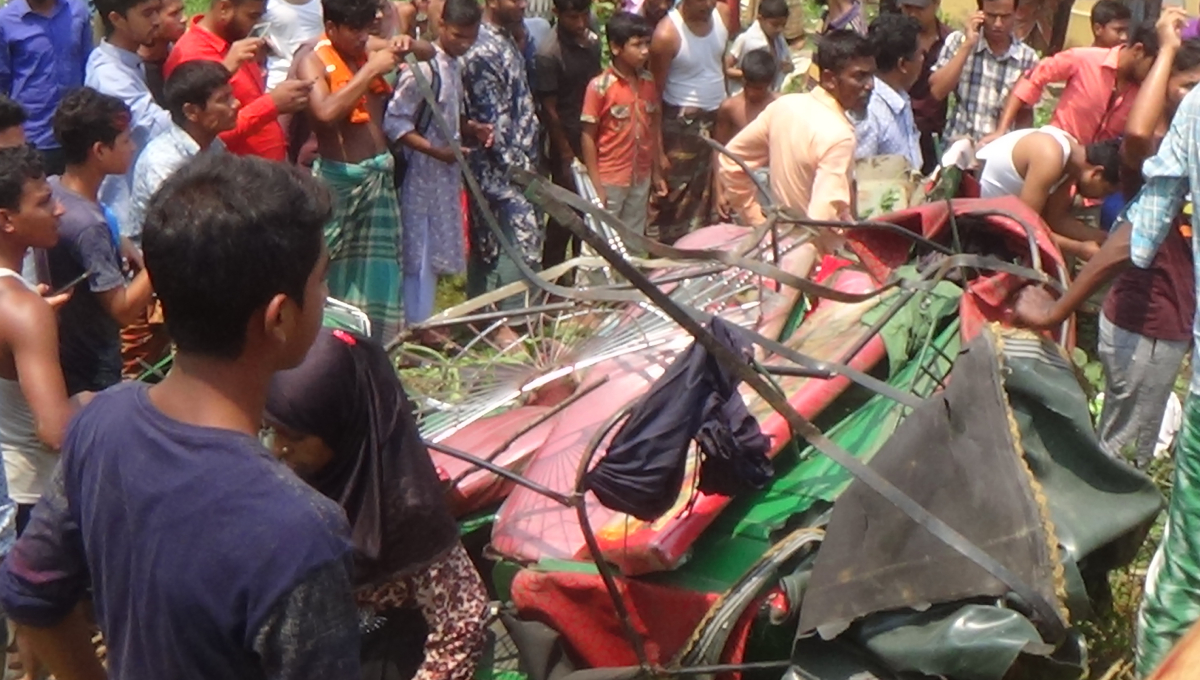 Photo: Four people of a CNG-run auto-rickshaw are killed after it is run over by a bus on Mymensingh-Haluaghat road in Alalpur area on April 20, 2019.

Mymensingh, Apr 20 : At least four people, including a woman, were killed and two others injured when a truck hit an auto-rickshaw and a human hauler on Mymensingh-Haluaghat road at Alalpur in the city on Saturday morning.

The deceased were identified as Yunus, 60, Kuddus, 38 of Baula village in Phulpur upazila, Mustafijur Rahman, 62 and his wife Rahima Khatun, 50 of Tarakanda upazila.

Mahmudul Islam, officer-in-charge of Kotwali Police Station, said the accident took place when the Mymensingh-bound truck from Tarakanda hit the auto-rickshaw and the human hauler around 11am, leaving four people dead on the spot and two others injured.

The truck driver lost control over steering as one of its wheels got punctured and fell into a ditch after hitting the two vehicles, he said.

On information, police recovered the bodies and sent those to local hospital morgue for autopsy.