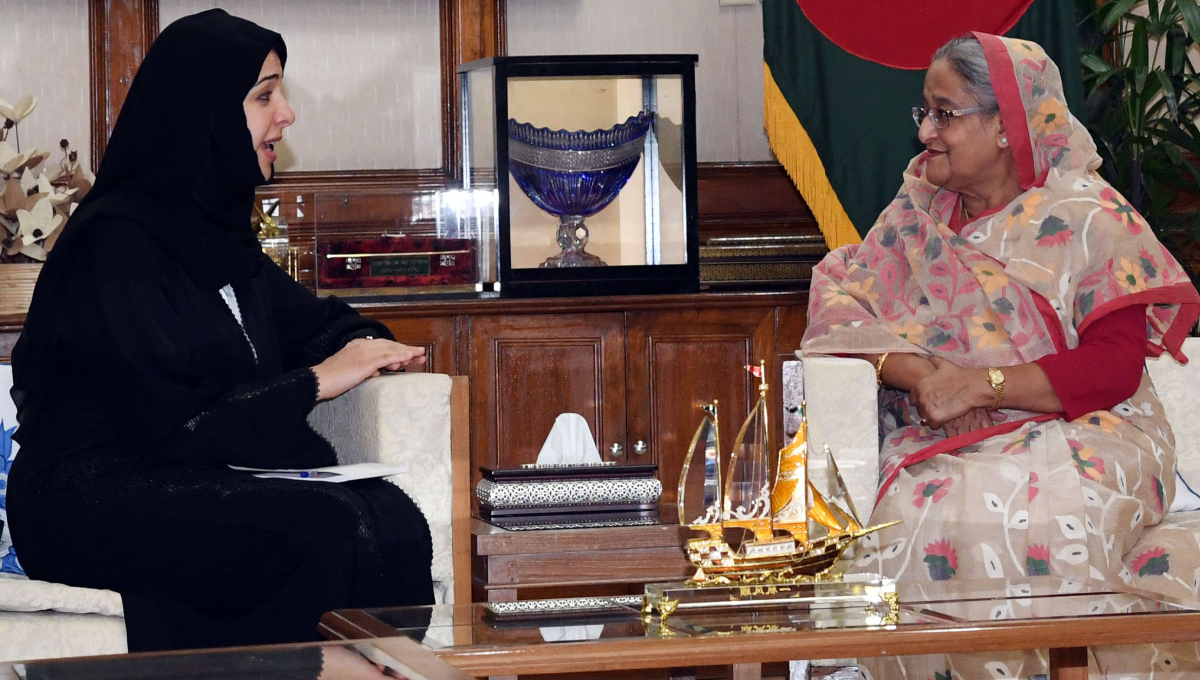 She also highly appreciated Prime Minister Sheikh Hasina’s humanitarian attitude to help over one million Rohingyas staying in Bangladesh with all possible facilities.

Reem Ebrahim Al Hashimy came up with the remarks when she met Prime Minister Sheikh Hasina at her official residence Ganobhaban.

He said the Prime Minister briefly described the present state of the Rohingya issue, saying the Bangladesh government along with many international agencies is helping Rohingays in Bangladesh.

She said Bangladesh and Myanmar had talks over the issue and inked agreements for the repatriation of Rohingyas to their homeland. “But their repatriation is yet to start,” she added.

The Prime Minister also said Myanmar must take back its nationals.

She said the Bangladesh government is developing an island for providing temporary shelter to Rohingyas with better facilities.

The UAE state minister said the bilateral relations between Bangladesh and the UAE are good and she will work to strengthen the ties further.

She urged the Prime Minister to allow more frequency of Emirates Airlines in Bangladesh.