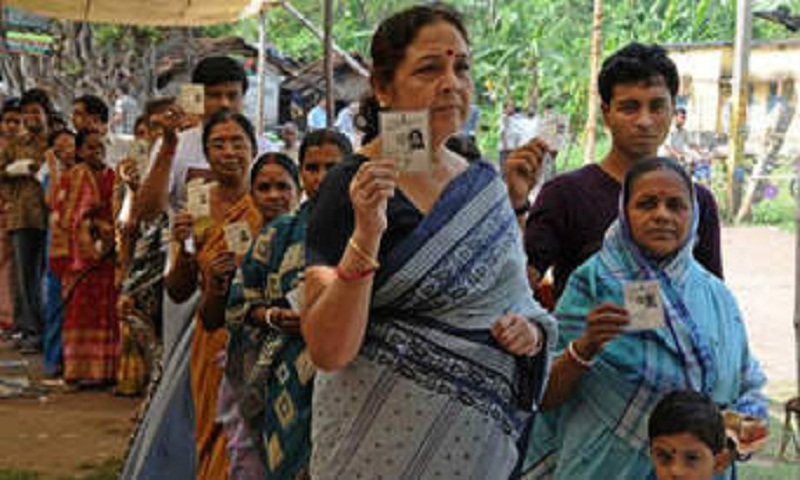 The second phase of ongoing Lok Sabha election ended peacefully on Thursday with West Bengal, Assam and Puducherry recording over 76 per cent voter turnout, the Election Commission of India (ECI) said.
“The voters came out in large numbers to cast their vote. The polling was conducted peacefully barring sporadic incidents in parts of the poll-going states. The polling percentage in the first phase was 69.4 per cent,” the ECI said.

“The size of electorate for the second phase of poll stood at 15.8 crore of which women voters were about 7.8 crore and the number of person with disabilities was 8.45 lakh. Today, we conducted polling at 1.76 lakh polling stations,” said the ECI.

On Thursday, the polling was held in 95 parliamentary constituencies spread across 11 states and one Union Territory.

Earlier in this week, President Ram Nath Kovind on the recommendation of ECI had cancelled polling in Tamil Nadu’s Vellore Lok Sabha constituency in the wake of the seizure of a large amount of unaccounted cash.

Vellore was scheduled to go to polls on Thursday along with 38 other Parliamentary constituencies in the state.

Also, polling in East Tripura constituency has been deferred to April 23 after the ECI received inputs from law enforcing and other agencies, suggesting that ‘law and order situation in the constituency is not conducive for holding a free and fair poll.”

The voter turnout in the first phase of Lok Sabha elections conducted across 18 states and two Union Territories on April 11 for 91 seats was 69.43 per cent. The third phase election will be held on April 23 for 116 seats including East Tripura. The result will be announced on May 23, reports ANI.