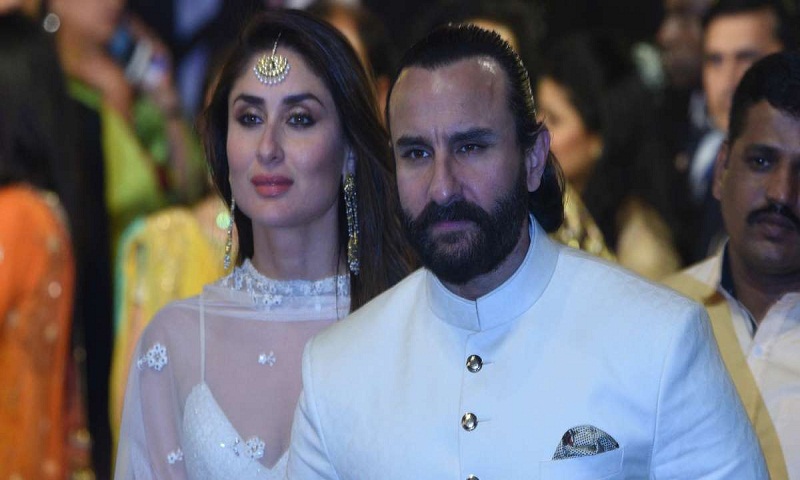 Ajay Devgn, Tabu and Rakul Preet’s new comedy De De Pyar De will release in May this year. Ahead of its release, the trailer has created quite a ripple. One particular reference to the age difference between Kareena Kapoor and Saif Ali Khan has caught on. Now, Saif has responded to it.
According to a report in DNA, soon after the trailer was released on Ajay’s birthday on April 2, he called up Saif to let him know about the reference. Saif, who is well known for his sense of humour, said that he was okay about it and was quoted as saying: “Hey, that’s cool, man.”

In the trailer, there is a moment where Ajay and his shrink Javed Jafferi are having a discussion about Ajay’s romance with a much-younger girl (Rakul Preet). At one instance, Ajay talks about successful pairs with considerable age difference and names Michael Douglas-Catherine Zeta Jones, George Clooney and Amal Clooney, and Saif and Kareena.

De De Pyar De stars Ajay and Tabu who play a divorced couple with Rakul playing Ajay’s newfound love. The trailer has notched up quite a few views, thanks to its rib-tickling humour. Ajay is a middle-aged man, caught between his ex-wife and his girlfriend, two unrelenting grown-up kids and mocking parents.

Ajay and Saif, who have worked together in Omkara before, are working on Tanhaji: The Unsung Warrior, based on the 17th century Maratha warrior Tanaji Malusare, who fought alongside Shivaji and is famous for the Battle of Sinhagad in 1670 AD. Saif will be seen as the Rajput leader with Mughal army called Uday Bhan, while Ajay will essay the titular role, reports HT.