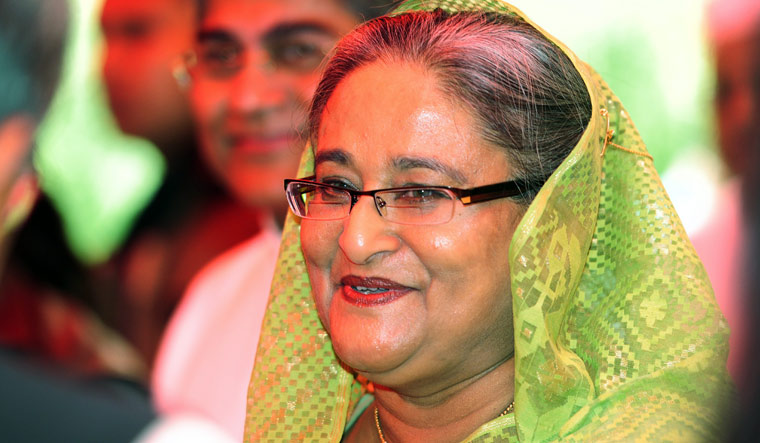 Prime Minister Sheikh Hasina on Friday received treatment at the National Institute of Ophthalmology (NIO) and Hospital at city’s Sher-e-Bangla Nagar, UNB reports.
She went there in the morning, bought a ticket of Tk 10 from the counter and took treatment like any other patient.

Sheikh Hasina had also received treatment from NIO this way in the past, according to a release from the PM’s Press Wing.During her stay in the NIO, the Prime Minister enquired about the current activities of the hospital and thanked the physicians and nurses.