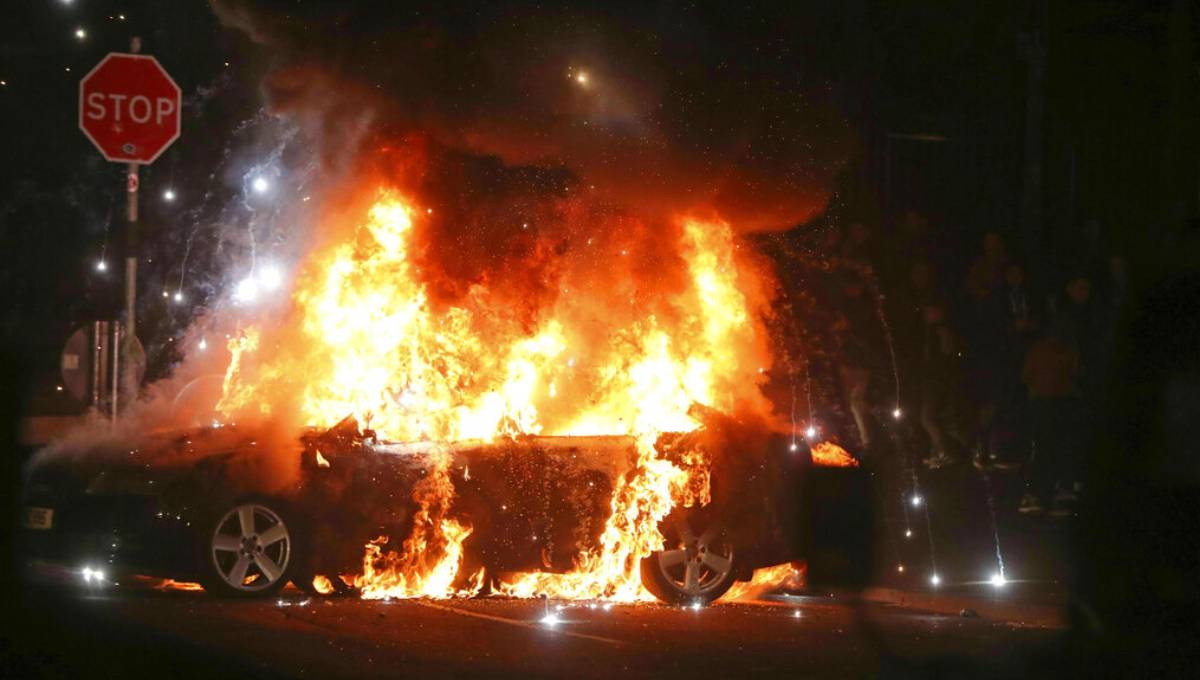 Photo: A car burns after petrol bombs were thrown at police in the Creggan area of Londonderry, in Northern Ireland, Thursday, April 18, 2019.

London, Apr 19 : Police in Northern Ireland say the dissident republican group the New IRA was probably responsible for the fatal shooting of a journalist during overnight rioting in the city of Londonderry.

The Police Service of Northern Ireland said Friday morning that 29-year-old investigative journalist Lyra McKee died after she was shot during rioting in the Creggan area.

Assistant Chief Constable Mark Hamilton said a gunman fired a number of shots at police during the unrest.

“We believe this to be a terrorist act. We believe it has been carried out by violent dissident republicans,” he said.

There has been an increase in tensions in Northern Ireland in recent months with sporadic violence.