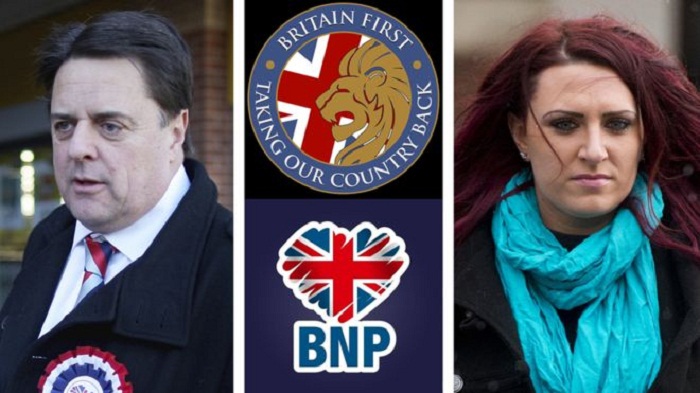 The ban includes the British National Party and Nick Griffin, the English Defence League and the National Front.
The list also includes Britain First, which was already banned, but this latest action will prohibit support for it on any of the US firm’s services.

It said it had taken the action because those involved had proclaimed a “violent or hateful mission”.”Individuals and organisations who spread hate, or attack or call for the exclusion of others on the basis of who they are, have no place on Facebook,” the social network added in a statement.

A spokesman for Facebook clarified what would now be done to the pages the groups and individuals had run on its site. All those named would be prevented from having a presence on any Facebook service.

In addition, praise and support for the groups or named individuals would no longer be allowed.

“For too long social media companies have been facilitating extremist and hateful content online and profiting from the poison,” she added.”They have particularly failed on far-right extremism as they don’t even have the same co-ordination systems for platforms to work together as they do on Islamist extremism,” she added.

Ms Cooper said the measures were a “necessary first step” and should be strengthened by independent regulation and financial penalties for firms that were sluggish to remove material.

“We all know the appalling consequences there can be if hateful, violent and illegal content is allowed to proliferate,” she said.

This current action, said Facebook, went further than the restrictions placed on Britain First last year when its official pages were removed for breaking the site’s community standards.

The latest move comes soon after Facebook said it would block “praise, support and representation of white nationalism and separatism” on its main app and Instagram.

Some controversial figures, such as Tommy Robinson, are already subject to bans on the social network.