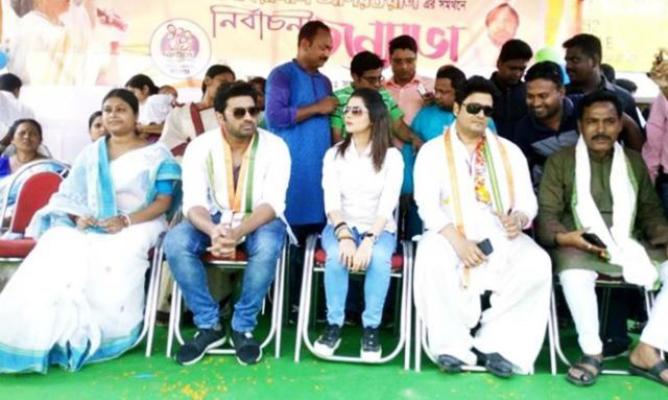 The Indian Home Ministry asked for a report from the Bureau of Immigration (BI) after Ferdous’ presence at TMC roadshow triggered controversy. The Foreigners Regional Registration Office (FRRO) Kolkata has been asked to follow the orders, the Home Ministry said.On Monday, the actor campaigned in North Dinajpur. The Bharatiya Janata Party (BJP) had lodged a complaint with the Election Commission of India claiming Ahmed’s campaigning violated Model Code of Conduct (MCC).

Reportedly, the actor campaigned for Kanhaiyalal Agrawal, a TMC candidate, who is contesting from Raiganj Parliamentary seat.